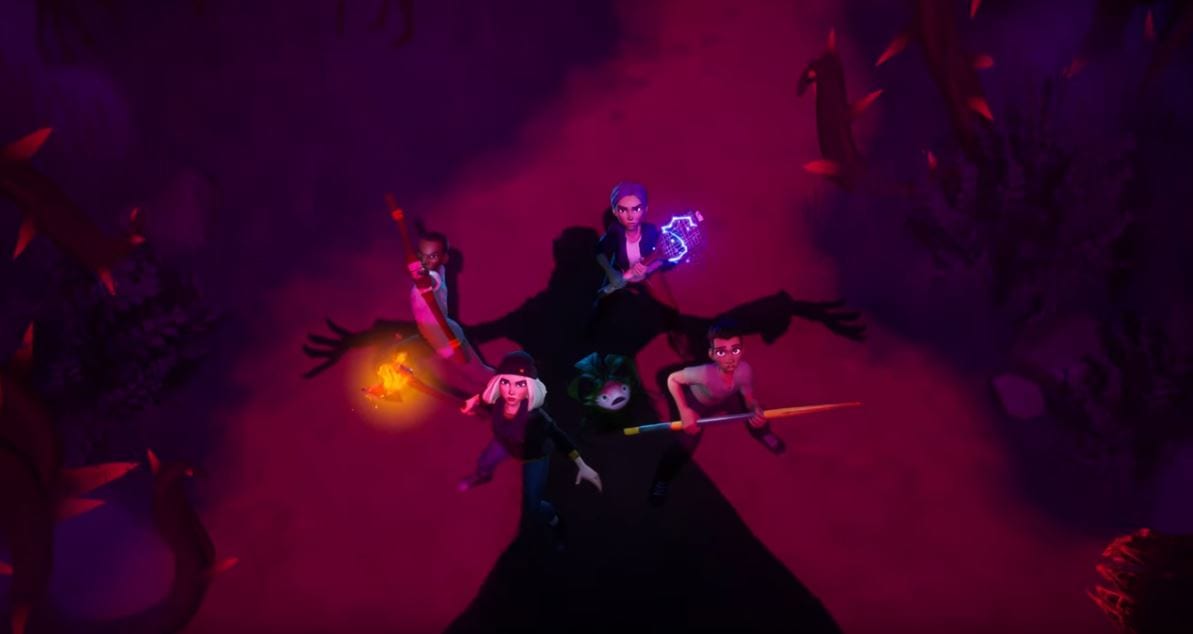 During today’s Inside Xbox X019 livestream, a mysterious new game was announced with a trailer, called Drake Hollow.

The game looks to be about a girl who crosses a mysterious threshold into a world of fantasy creatures, like hungry plant monsters. If you befriend them, they appear to help you build structures.

The trailer teases four-player co-op survival in the ravaged world of Drake Hollow, one in which you have to scavenge for supplies and fight back the evil monsters.

The trailer also teases a villain, a large being in a robe whose shadow towers over you.

There is little known about the game at the moment, and we’re missing details on the gameplay loop or a specific launch date. We do know, however, that it will be releasing for Xbox One and Windows 10 sometime in 2020.

For more coverage of the Inside Xbox X019 event, check out our recap feature of everything you might have missed during the livestream.