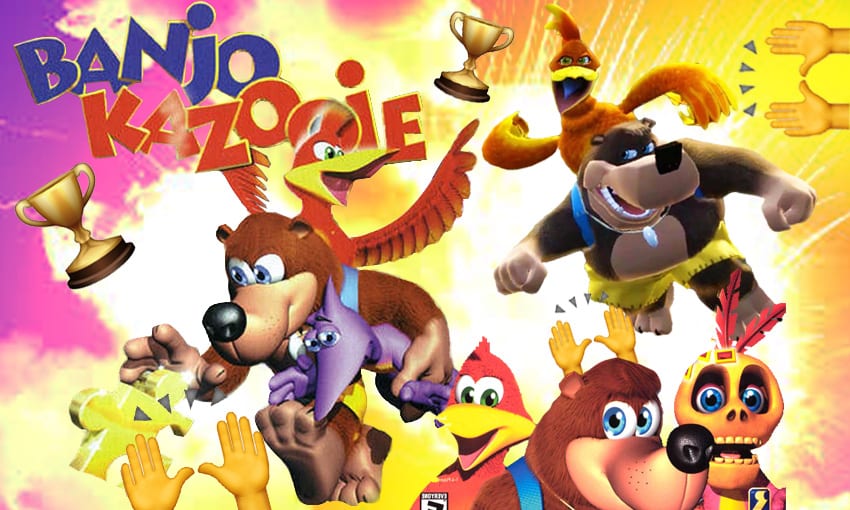 Sorry folks, Playtonic Games isn’t developing a new Banjo-Kazooie game. A statement released by the studio earlier today confirmed, that despite rumors to the contrary, the team isn’t in negotiations with Microsoft to work on a sequel title.

Speculation on the matter first gathered momentum last week when former Rare developer Ed Bryan joined Playtonic. He then unintentionally stirred the pot by tweeting an image of a Microsoft badge along with the caption “Well, I never really had any plans to use this again.”

One Reddit user then went about gathering a bunch of circumstantial evidence that they believed pointed to an impending announcement, which included a quote from Gavin Price’s Linked-in page, Playtonic Games’ co-owner, which alluded to an unannounced project.

These, it was suggested, possibly indicated a Microsoft studio acquisition and the green light of a subsequent Banjo-Kazooie project developed by Playtonic. Microsoft, of course, owns Rare and the Banjo IP but has that team currently pre-occupied with Sea of Thieves.

As it turns out, though, none of this is happening or was ever close to happening.

A statement from us! pic.twitter.com/nZHqI5GaYe

So it’s a disappointment for anybody hoping for the return of Banjo-Kazooie, but possibly not forever — the popularity of retro platformers like Crash Bandicoot and Spyro the Dragon in recent months means we wouldn’t bank on Rare being tasked with a Banjo game at some point.