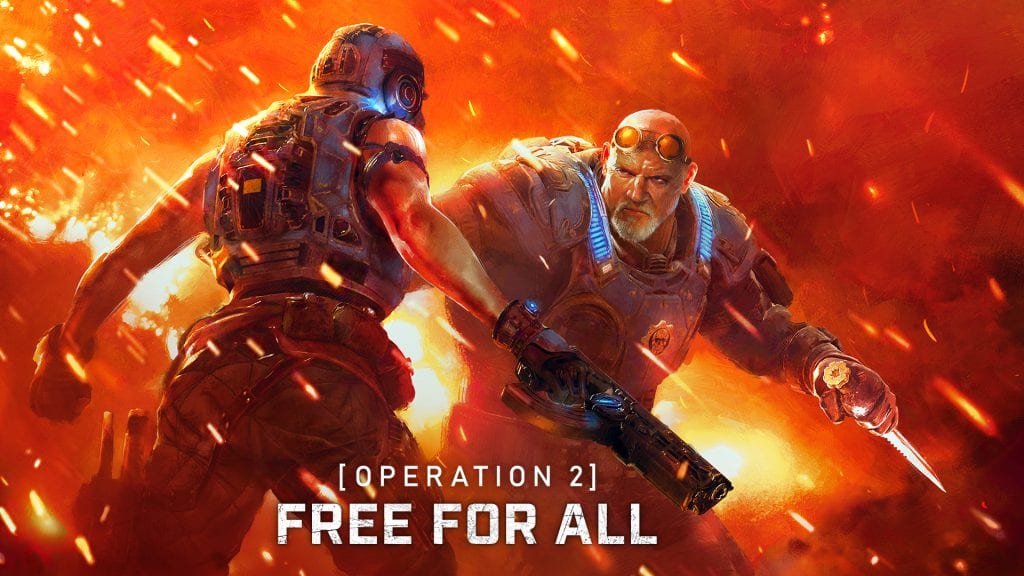 Gears 5 developer The Coalition announced when the next Operation of new content for the game will coming alongside a Thanksgiving event.

The second Operation for the game is called Free For All, and will feature a free-for-all multiplayer mode. Only introduced in 2012’s Gears of War: Judgement, the mode pits every player against everyone with no teams.

The Operation will also feature Lizzie Carmine and Baird as playable multiplayer characters alongside other new characters, maps, and more when the Operation starts on Dec. 11.

The studio also announced a Thanksgiving event for Gears 5 called “Thanksgibbing.” The Versus mode gives every player a Cluckshot, a different version of the Boomshot that shoots chicken projectiles.

The weapon’s chicken projectiles will also carpet bomb explosive eggs when the gun is firing an active reload.

All players who log in during the event from Tuesday, Nov. 26 to Tuesday, Dec. 3 will receive a free Cluckshot Boomshot weapon skin, Turkey Animal mark, Cooked Turkey mark, and a Turkey Leg mark.

Additionally, players who log into Gears 5 over the weekend from Thursday, Nov. 28 to Monday, Dec. 2 will receive free Boost and Boosted Double Stars to complete the current Tour of Duty.