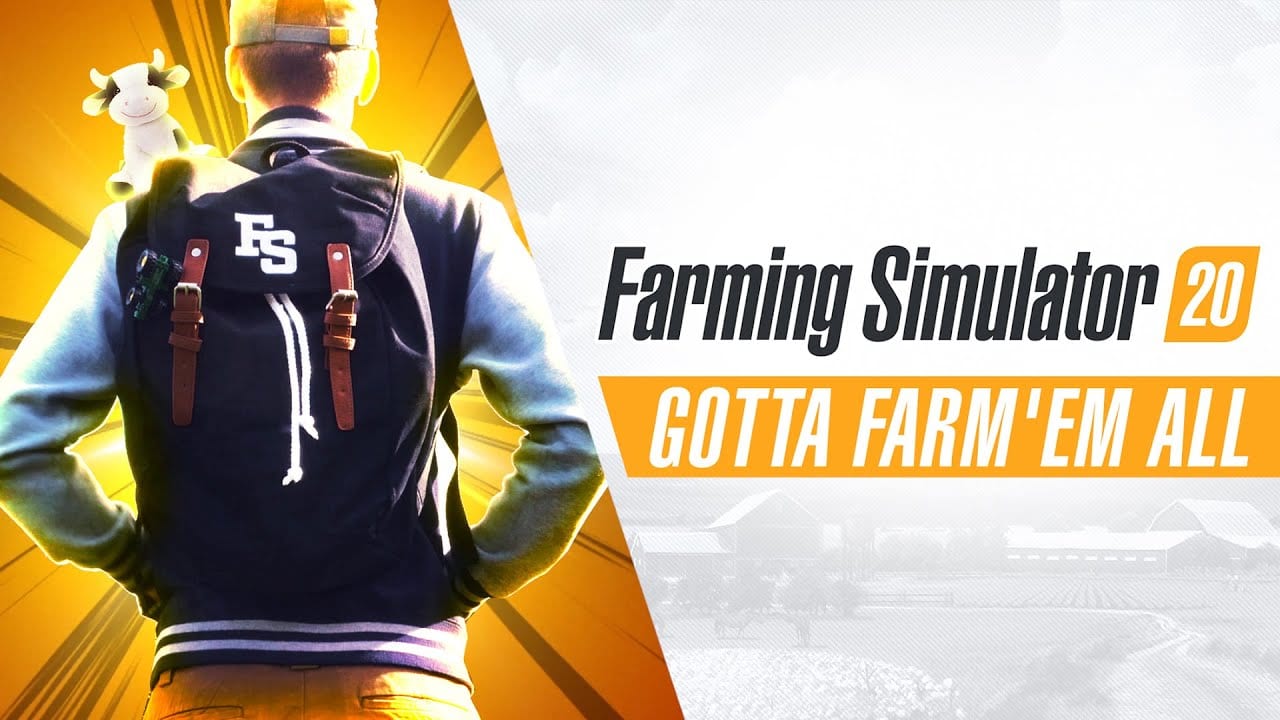 Focus Home has outdone themselves with a Farming Simulator Nintendo Switch launch trailer called “Gotta Farm’em’ All.” It’s a nod of the hat to Pokemon’s catchphrase, of course, as the sequence switches Pikachu’s and Charmanders for commercial tractors and livestock. Even the music and presentation mimics the iconic Nintendo franchise.

This isn’t the first time Focus has used another popular video game IP as inspiration for a clever trailer. Last month saw the release of a similarly cool Red Dead Redemption 2-style Farming Simulator trailer for the game’s PC, PS4, and Xbox One release.

The Switch version of the game sees the arrival of John Deere industrial equipment arrives alongside and as part of new gameplay additions, including new machinery and crops with cotton and oats, as well as a whole new North American environment to explore and develop as you like.

Beyond taking care of your livestock and tending to fields, players will now be able to free-roam on horseback, too.

You can check out the Gotta Farm’em All Pokemon-inspired Farming Simulator trailer for yourself below.

Farming Simulator 20 will be available Dec. 3 on the Nintendo Switch and for Android and IOS devices. It’s already out on PS4, Xbox One, and PC.