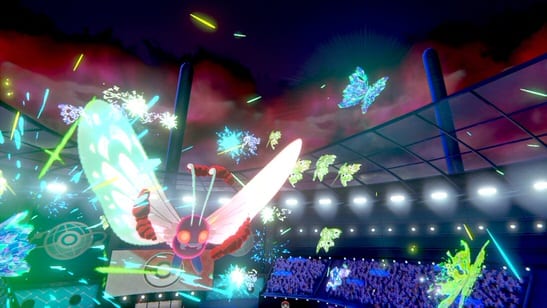 The Pokemon franchise isn’t known for putting out terribly tough RPGs by any standards. However, the competitive scene is a massive part of the Pokemon community.

The Pokemon Company announced today that the beginning of the online competition is set to kick off just about one month after launch on Dec. 8. Sign-ups for the competition begin as soon as the game launches on Nov. 15.

If you’ve never been a part of the competitive scene before in Pokemon, then this will be a good crash course on how competitions work. The ruleset seems to be fairly standard as well, so it can be a good learning experience.

One of the biggest rules that often comes as a shock to beginners is the exclusion of certain Pokemon. These creatures likely aren’t listed in the official rules yet to avoid spoiling unannounced legendaries.

Also, if you’re an experienced battler, it’s important to note that these are single battles. Many competition favor 2v2 battles, so this is sure to shake up the strategies for your team build.

You can register between three to six Pokemon for this competition to use in your battles. No need to worry if you don’t have six high-level Pokemon since every creature will be set to level 50 just for the online battles.

The only major catch is that you need to subscribe to Nintendo Switch Online in order to take part in this competition. That means this is the first time that a competition of this nature will require payment — albeit indirectly — for entry.

You’ll be able to join the competition by opening the X menu in your game and selecting VS, Battle Stadium, and then Online Competitions. There’s no need to register on the Pokémon Global Link.

This is also the first time that Gigantimaxing and Dynamaxing will be able to be used in a competitive setting, so it’ll be interesting how the new features impact these battles.

You can read the full release from The Pokemon Company right here.

Pokemon Sword and Shield come out soon on Nov. 15 and if you want to see the rest of our coverage on the game, then just search Twinfinite.