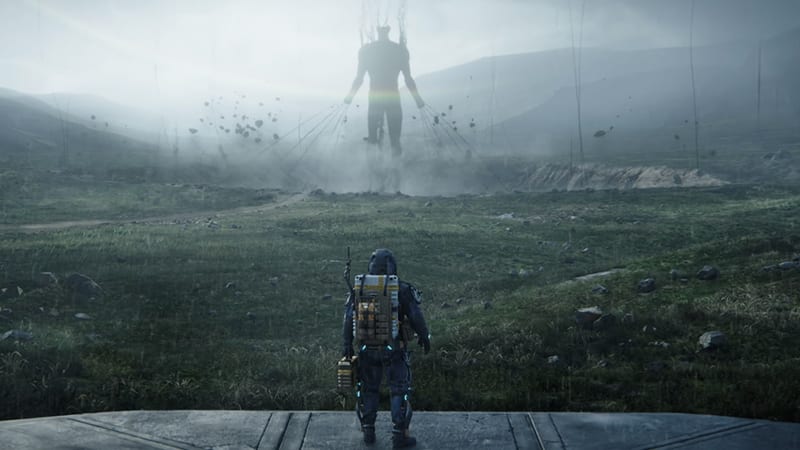 Since the very first time we laid eyes on it, Hideo Kojima’s Death Stranding has been an enigma, and now that we have our hands on it we can confirm it’s every bit as mysterious as you’d imagine. It’s also pretty whacky. There are one or two mechanics, in particular, will have you raising an eyebrow. Here’s how to get and use pee/EX Grenades in Death Stranding.

Yes, urination actually does serve a function in the game. Drinking from your Monster Energy canteen will make Sam want to go from time to time, and when he does his pee will produce one of two effects: a holographic mushroom, or an EX Grenade No. 1 that can be used against BTs.

Note that there are three different EX Grenades: 0,1,2, which each have a different effect. As mentioned above, peeing produces EX Grenade No. 1.

There’s a bonus third effect, too, in that if you actually pee directly at a BT it will cause them to flee temporarily. You can’t actually take them out with Sam’s urine, but you can buy yourself a bit of breathing room with this cheeky tactic.

How to Pee and Get EX Grenades in Death Stranding

Before you do any of this, though, you’ll need to know how to pee in the first place. It’s a fairly straightforward process and is available right from the start of the game. Follow these steps:

Importantly, where you take a pee will determine what effect it has. Urinating on any random bit of ground will produce a useless mushroom.

However, if you hold Sam until he can get to a Private Room in a distribution center or safe house, he’ll be able to produce EX Grenade No .1.

You don’t actually have to follow the above steps to get EX Grenade No.1s. Just enter the Private Room and once inside, access the shower and select the option to pee standing up. Any EX Grenades you produce will be available in your Private Locker.

These handy explosives can be used against BTs, stunning them with a frost-like effect that makes evasion much easier for Sam. You can’t kill them with an EX Grenade No.1, though.

However, do note that you won’t be able to get EX Grenades until mid-way through Episode 2.

That should be everything you need to know about how to pee and get EX Grenades in Death Stranding. For more useful tips and guides on the game, please check our extensive guide wiki specifically for the game.

Death Stranding: What Pee Mushrooms Do