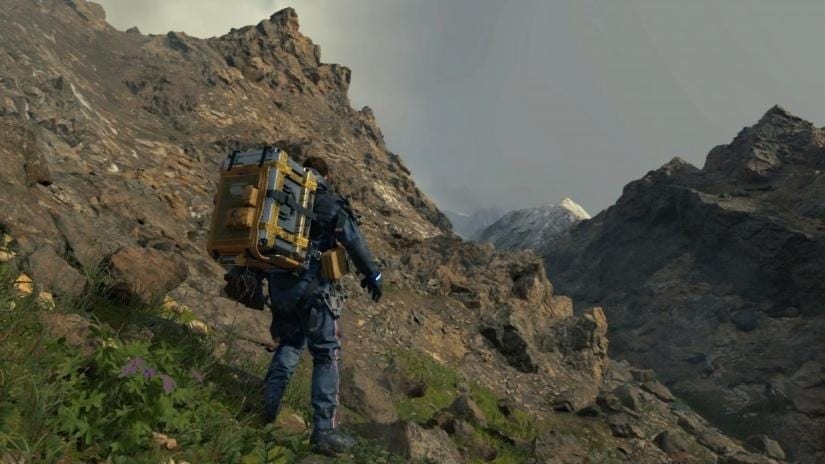 How to Throw Cargo in Death Stranding

While useful for balancing out your cargo load and taking weight off of Sam’s back, this also plays into some less obvious mechanics; namely, being able to swing and throw cargo that you’re holding.

Doing this is a simple enough feat as well. While holding cargo in either hand, press square the same way you would if you had your hands free and were going to throw a punch. This will see Sam swing the cargo in his hand, which can act as a stronger melee attack in exchange for a longer windup.

If you release L2 or R2 at the apex of his swing, however, this will see you release the cargo, throwing it in whatever direction you’re facing.

So, to recap how to throw cargo in Death Stranding:

When You Should Throw Cargo

As for why you would want to throw your cargo in Death Stranding, there are a few scenarios where it would serve as the best tactical choice.

If you’re out of ammunition for your guns and need to hit an enemy from afar, tossing your cargo at them can deal a decent amount of damage. This is especially useful if said enemy could deal heavy damage to you by getting up close, making distance paramount to your survival.

Likewise, if your cargo is contaminated or dangerous to you for whatever reason, it would behoove you to get it away from you as quickly as possible. To that end, tossing it can be the fastest way to ensure your safety and continue on toward a new, less dangerous delivery.

However, it should be noted that throwing your cargo can have an adverse effect on the container or the item its carrying. As such, you should keep this in mind if you’re hoping to salvage the cargo later on and continue toward its delivery point.

That’s all there is to knowing how to throw cargo in Death Stranding. For more on the game, check out our guide wiki as well as guides on some hot topics like how to use decoy cargo and how to get Sam’s sunglasses.