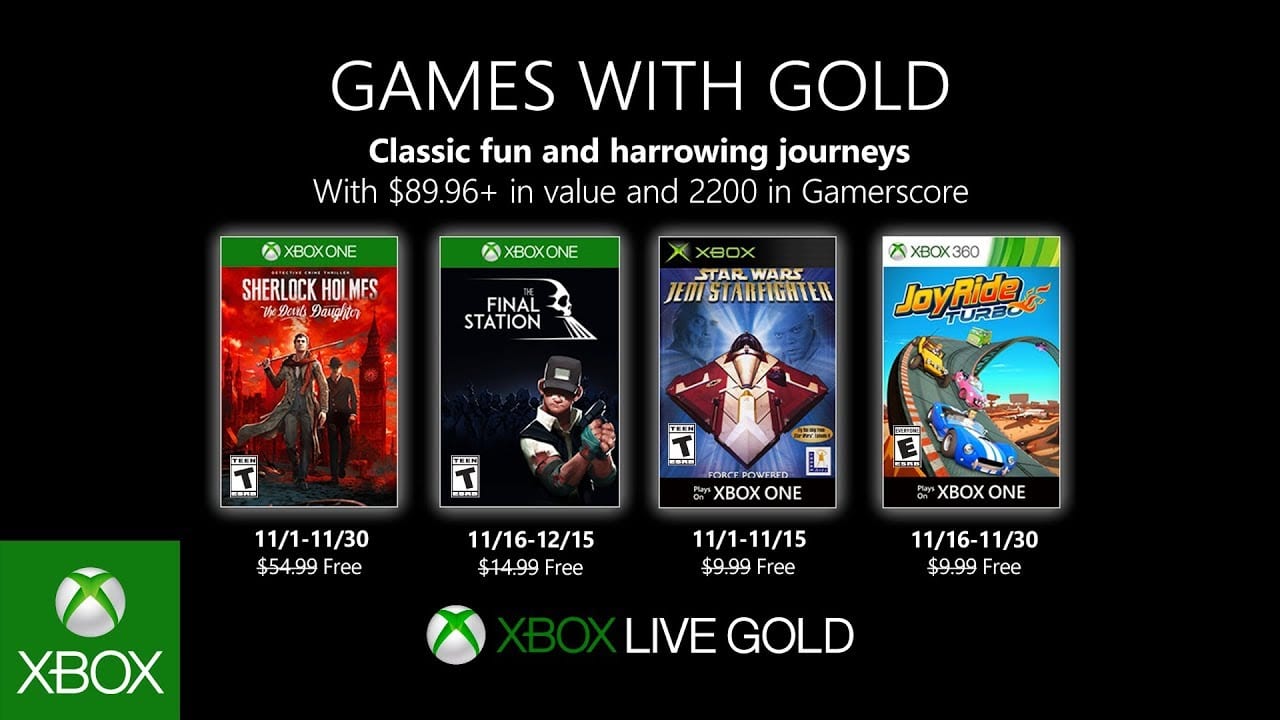 Xbox Games with Gold’s November lineup certainly won’t go down as a vintage month. Ever since the introduction of Game Pass it seems the service’s monthly selections have lost a bit of punch, but this one really is poor.

The Xbox One offering is headlined by Sherlock Holmes: The Devil’s Daughter, an action-adventure based on the popular license that holds a 71% Metacritic average. Not a great start.

The second current-gen title is Final Station, a dystopian side-scroller that actually does have a very positive critical reception. This is easily the pick of the bunch.

Over on Xbox 360, Microsoft wants you to get into the Star Wars mood before the launch of the upcoming movie and Respawn’s anticipated AAA action-adventure… with a nearly 20-year old game. Jedi Fighter might have received critical acclaim in 2002, but I’m not sure it holds up today.

Moving on, Turbo Knight, a rather b-grade kart-racer circa 2012 wraps up November’s lineup.

You can check out the dates each game is available below.

You can check out a video from Microsoft below that provides an overlook of November’s lineup.

If you’re interested in a comparison, here’s October’s lineup.