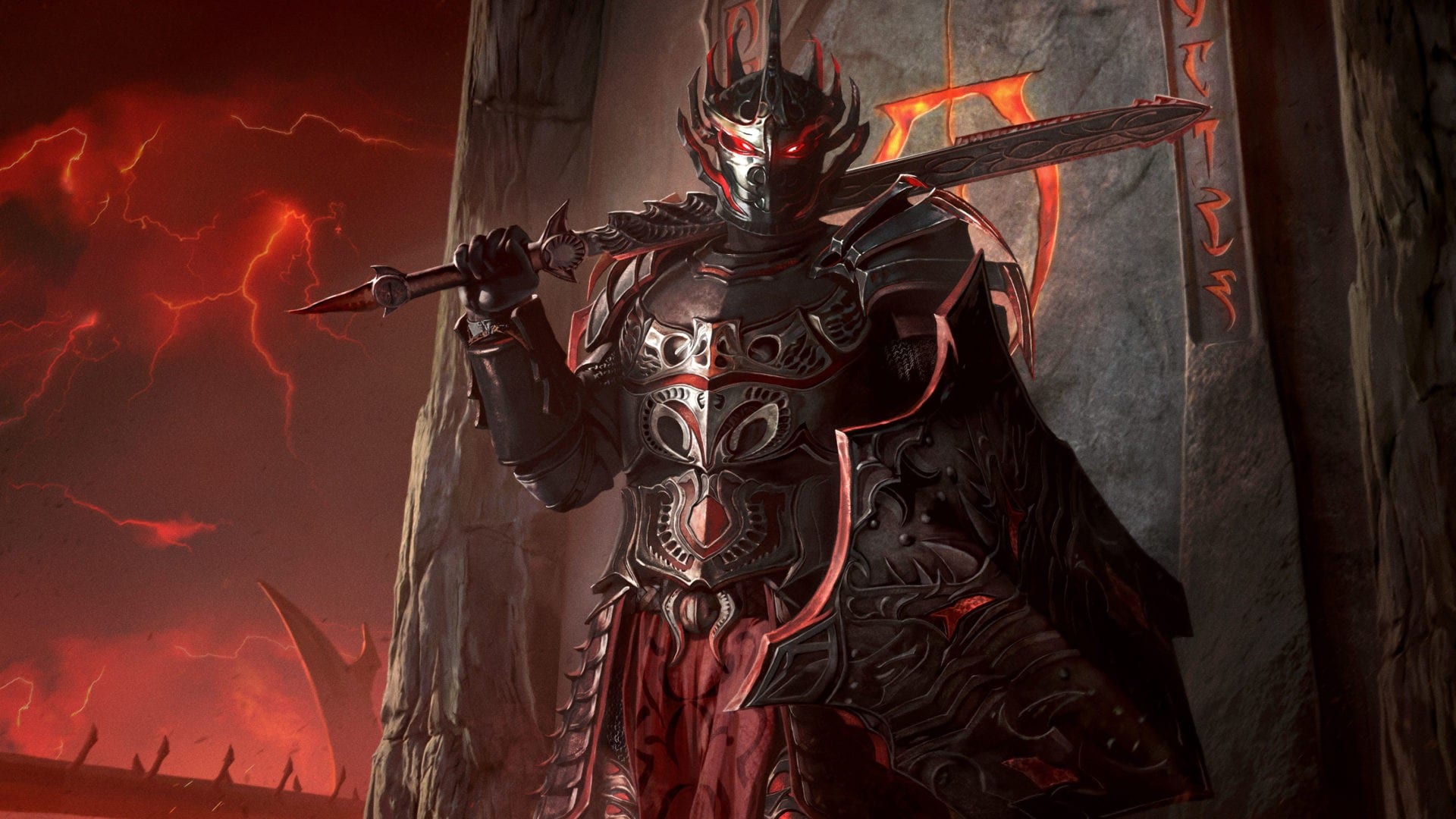 The Elder Scrolls: Legends will soon receive a new expansion called Jaws of Oblivion, and today we’re bringing you one of its coolest cards.

We get to take an exclusive look at the Kynreeve Champion and its beautiful art featuring a suitably imposing (and spiky) daedra fighter.

You can take a look at both the card and the clean artwork below.

We also have a comment from Community Manager Christian Van Hoose, who provides more information on the card and its usage.

“In an expansion chock-full of powerful Daedra, Kynreeve Champion is arguably one of the coolest.

This four-magicka 4/3 is a great addition to fast, aggressive decks that want to quickly deal a lot of damage to the opponent. Other creatures might have higher attack values, but Kynreeve Champion will make your opponent think twice about how they attempt to destroy it, since it will deal direct damage to them equal to the amount of damage it takes!

This includes excess damage – if your opponent attacks Kynreeve Champion with a ten-power creature, that’s ten damage they’ll be taking as well. Additionally, the Champion’s Daedra creature type will come in very handy if you play enough cards with the new Invade mechanic, as they will create Oblivion Gates for you that significantly power up your Daedra.”

The Elder Scrolls: Legends is currently available for PC, iOS, and Android. At E3 2028 a port for Switch, PS4, and Xbox One was announced, but we haven’t heard much about that since.

Jaws of Oblivion will include over 75 new cards inspired by The Elder Scrolls IV: Oblivion, and will bring players all the way to Mehrunes Dagon’s Daedric plane of Oblivion.

The wait will end in just a few days as it’ll release on October 8 for PC, iOS, and Android.