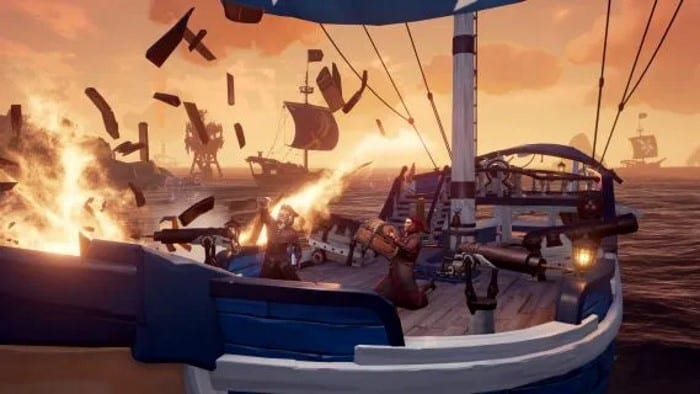 The free October update is now available for Microsoft and Rare’s Sea of Thieves, bringing a new fort to raid and earn rewards alongside other new content.

The biggest addition in the Sea of Thieves update is the new Fort of the Damned, which is the Old Boot Fort location transformed with new challenges.

Players must go through a couple steps to trigger the new location by earning ritual skulls through special voyages, lighting the six Ferryman statues with the correct Flames of Fate, and sacrificing a ritual skull to an altar.

This will spawn the new Shadows of Fate Skeletons and other enemies to fend off for high-value rewards, and will be marked to others nearby with a red skull cloud when triggered.

Developer Rare said The Fort of the Damned will be a permanent addition to the game beyond the October update.

Other new content contained in the October update include limited-time skeleton pets, the Cutthroat Ship Collection inspired by Rare’s fighting game Killer Instinct, two-person crews can now compete in the Arena, new achievements, and players can now play alongside sea shanties with the new banjo instrument.

Check out the full patch notes for the Sea of Thieves update for PC and Xbox One.