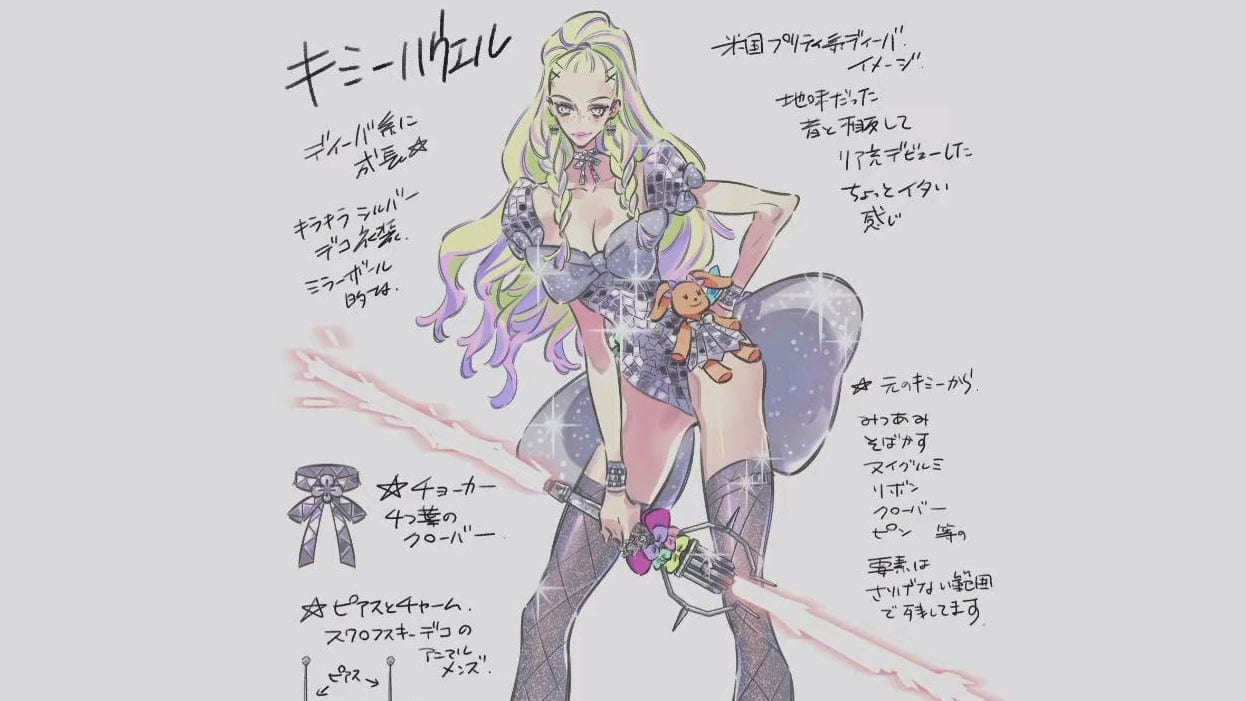 Today Goichi “Suda51” Suda talked about No More Heroes III during a livestream from Japan hosted by the local branch of IGN.

We heard through a translator that No More Heroes III lowers the bar a little bit in terms of helping its users get acquainted with the game.

Previous games are full of all sorts of trivia and references and they’re a little difficult to understand unless you’re really into games by Grasshopper Manufacture. On the other hand, the third entry has been made a bit more accessible in terms of lore in a way similar to a Marvel movie.

We also get to see some artwork of two returning characters.

Kimmy Howell from No More Heroes II is coming back and she is designed by Mari Shimazaki, who you may know for the character design of the Bayonetta series.

She is going to become a Diva who has trained for years in order to defeat Travis.

We also see Destoyman, designed by Skan Srisuwan from Bangkok-based Studio HIVE. He is the same artist who designed Travis’ “Full Armor #51”  armor that appeared in the original trailer.

Interestingly, we hear that Destroyman was also supposed to be in Travis Strikes Again: No More Heroes, but he was cut.

During the event new artwork and a trailer were also showcased introducing a new character, but they were kept a secret reserved to the audience at the venue. We’ll have to wait to see them.

Apparently the reaction of one of the hosts was “what the ****, what are you trying to do?” She can see the reference to Marvel, but she has no idea about how the game transitioned from a small group of assassins doing their thing to what she saw.

The final trailer will be five minute-long in its final form, and the people at the studio making it reacted very enthusiastically to its content. Unfortunately, no further hints were given.

If you want to see more, you can enjoy the latest trailer of the game (that we actually saw). If you prefer a more family-friendly version, you can check out the one that has been showcased during the Nintendo Direct at E3 2019, which has been softened up to fit a wider audience.

No More Heroes III is coming exclusively for Nintendo Switch in 2020.