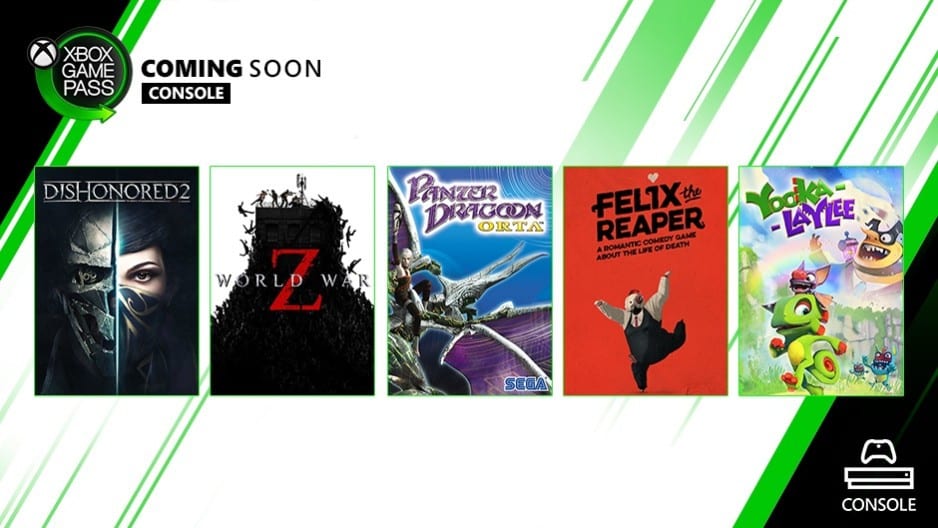 Microsoft has announced another round of content coming to Xbox Games Pass over the next few weeks, which includes some excellent games that’ll certainly bolster the console library.

The full list of new games coming to the service (Xbox only) is as follows:

The lineup is a diverse one, spanning stealth, RPG, platforming, shooting, puzzler, and tactics games, which is great to see. Our key pick outs would have to be the standout stealth experience Dishonored 2, as well the now-classic open-world RPG Fallout: New Vegas.

The latter will be of particular interest if you’re thinking about jumping into Obsidian’s The Outer Worlds next month and want a reminder of the studio’s history.

Microsoft is also keen to remind its users that Game Pass brings with it a number of other cool benefits, including discounts and the ability to earn points toward Game Pass Quest. You can check out the full breakdown of what’s on offer via their website if that’s of interest to you.

The last Game Pass update was announced during Microsoft’s Inside Xbox event earlier this month, which included PC content.