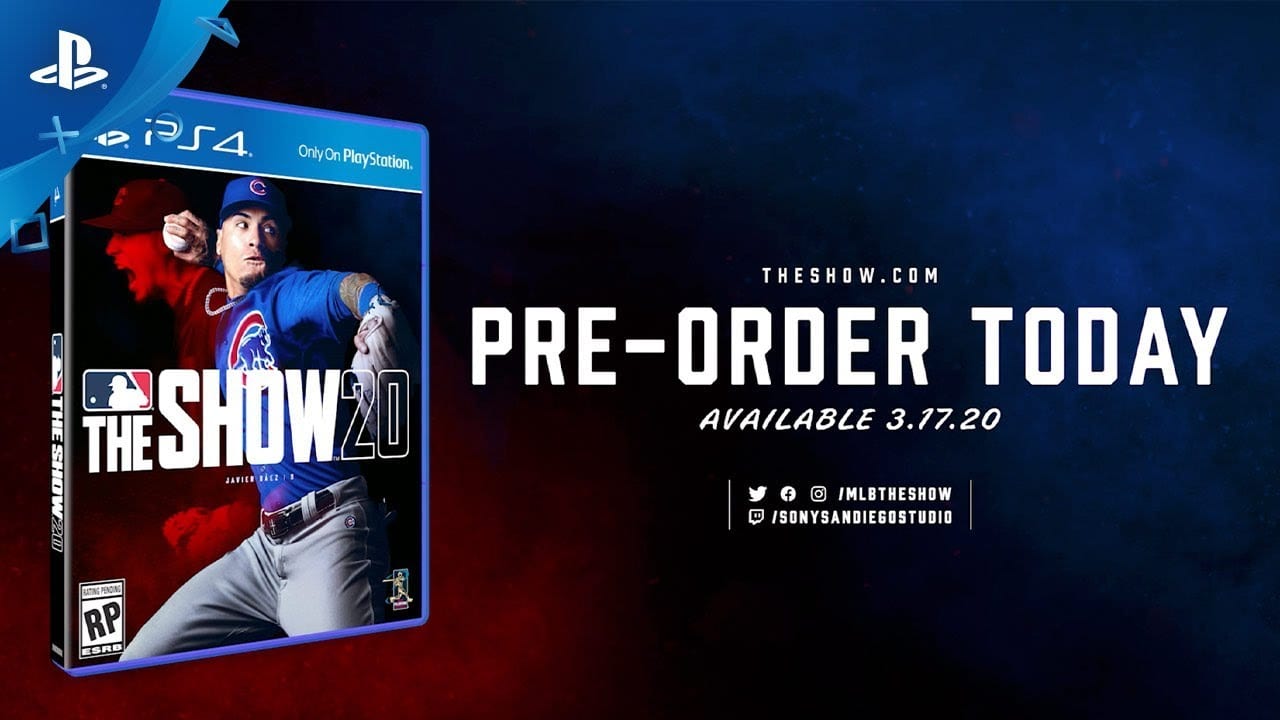 News that Sony’s MLB The Show is back again for another year probably won’t surprise many, but the publisher has officially confirmed the news with a new announcement trailer nonetheless. Rather than showcasing gameplay, though, this first tease is all about its cover star, Javier Baez.

Word of his gig as cover star actually came earlier today by way of a Tweet from the game’s official channel, but this latest trailer is the first we’ve heard from the man himself.

The Chicago Cubs player is seen at a photoshoot, talking of his excitement to be selected as MLB The Show 20’s cover star, interspersed with montaged clips of him in action from season’s passed.

You can check out the trailer yourself below.

If MLB The Show 20 can build on the success of this year’s effort then it’ll be in pretty good shape. We were big fans of 19, saying in our review that it’s “the freshest and most polished iteration of the series we’ve seen in years.”

MLB The Show 20 pre-orders are already live. The game is due for launch exclusively on PS4 next year, March 17.