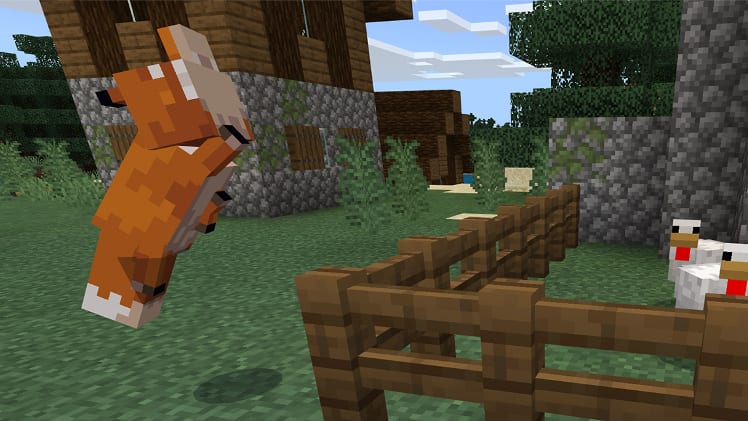 Minecraft has added foxes, a robust character creator, and more in the 1.13.0 update for the Bedrock Edition of the game.

The update is headlined by the addition of foxes to the Minecraft world, which are crafty animals that steal chickens or other belongings.

The animals are more active at night, though players can befriend them by feeding them two Sweet Berries and a little patience.

The other big feature in the update is the new character creator allowing players to personalize their character “including body size and shape, limb replacement and tweaking of eyes, mouth, hairstyles and colors, facial hair, and skin tones.”

The patch notes said that more than 100 items will be free to customize, though there will be “a range of custom accessories created by the Minecraft team” also available to buy.

The 1.13.0 update also adds the Brown Mooshroom, Suspicious Stew, Wither Rose flower, abandoned villages, bug fixes, and even game credits that can be viewed by defeating the Ender Dragon or in the settings menu.

All the new changes are available in the Bedrock Edition of Minecraft, which includes the Nintendo Switch, Xbox One, Android, iOS, Gear VR and the Windows 10 versions of the game.