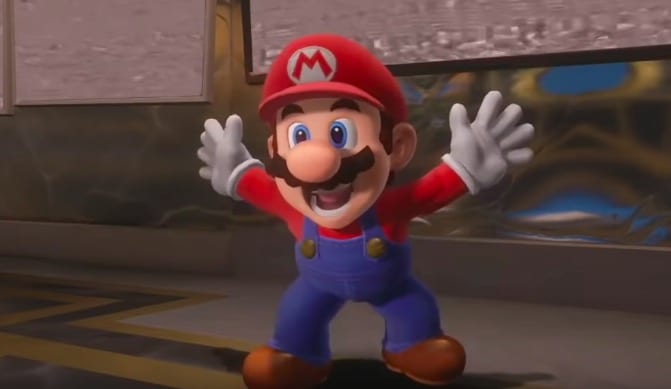 You might be wondering just how the heck did Luigi end up being trapped in a spooky mansion all over again. Well, here is the story summary & ending explanation for Luigi’s Mansion 3 so that you can read about every key plot point that happens in the game.

Spoiler Warning: Obviously, this Luigi’s Mansion 3 story summary is, you know, going to go through the entire plot of the game.

Luigi’s Mansion 3 opens up with Luigi, Mario, Princess Peach, and some Toads in a traveling bus that is en route to a luxurious hotel that they were strangely invited to via a letter.

The group arrives to the hotel and are welcomed inside by weird-looking stewards and bellboys and when Luigi is ready check-in, he’s told that the hotel is named The Last Resort.

They are then introduced to Hellen Gravely, the supposed owner of the Last Resort and she basically tells them how delighted and excited she is that the group accepted her invite and made it to the hotel.

She shows them all to their respective bedrooms after walking into the elevator and before the door closes, she gives the camera wicked grin and then they all get settled in for the rest of the night.

Luigi falls asleep while reading one of his books but he is awakened in the middle of the night when he hears a shrieking scream coming from Princess Peach’s room and he sees that all of the lights in the hallway have been shut off, making everything dark and spooky.

He walks around the hallways with his flashlight in tow and finds the owner of the hotel, Hellen Gravely, who reveals that she only invited Luigi to the hotel because she was told to by someone she admires, and this “person” happens to be Luigi’s arch-nemesis, King Boo.

Somehow, Hellen was able to free King Boo from E. Gadd’s laboratory and he’s back for revenge with a plan to trap Luigi and all of his friends in frames… again.

He reveals that he has already trapped Mario, Peach, and three of the Toads in paintings and now he just needs Luigi.

After a wild chase scene, Luigi escapes for the time being and winds up in the basement floor of the hotel where he finds something very crucial to his journey.

Luigi finds a red car in the parking garage and inside of it, he picks up the good ol’ Poltergust that allows him to suck up objects and deal with ghosts.

After making his way back to the lobby, Luigi sees the other ghosts for the first time and they are boarding up the front doors so that nobody can escape –Luigi sucks them up and goes on his merry way until he finds a picture frame with THE Professor E. Gadd trapped inside of it.

After freeing him from the painting, E. Gadd suggests that they run away together from the hotel but after finding out that Mario and the crew is trapped, he tells Luigi to escort him back to the garage where he found the Poltergust.

During their trip back, E. Gadd mentions that Luigi will have to find all of the elevator buttons if he plans on saving Mario and Co. from King Boo and Hellen.

Once they get back to the garage, E. Gadd opens up his laboratory so that Luigi can report back to him with his findings and E. Gadd mentions how we was also tricked into coming to the hotel and was caught by King Boo.

Fast forward bit and E. Gadd remembers that he left his luggage in his room so he sends Luigi to go and find it and it turns out that Gooigi was inside of it all along.

After going through several floors, Luigi finally comes across one of the missing Toads and ends up saving him and brings him back to E. Gadd’s lab. During this moment, we see a scene of Hellen Gravely in her office petting her ghostly kitty and being very angry about Luigi’s progress.

Luigi ends up saving all three of the Toads from King Boo’s paintings so King Boo pays a visit to Hellen to see just what the heck is going on.

She asks him for a bit more time so that she can trap Luigi and King Boo takes Mario and Peach to the top of the tower to keep them safe from Luigi.

After getting the final button for the elevator, Luigi finally faces off against Hellen Gravely and after fighting her, Luigi finds Mario’s frame and frees him from it. Mario runs towards the top of the tower and Luigi follows him.

They find Peach at the top and free her and the three of them are reunited but King Boo shows up to ruin the party and traps everyone into a single frame, leaving Luigi alone to fight Boo and save his friends.

Luigi, of course, beats King Boo after a tough boss fight but the entire hotel disintegrates, leaving it into a pile of rubble.

Everyone is then reunited but then all of the ghosts that Luigi has captured end up being freed from E. Gadd’s laboratory. But, since King Boo is gone, the ghosts are freed from his control, and it turns out that the ghosts are actually pretty friendly.

They are saddened to see that the hotel was been torn down though, as it was their home, so everyone ends up working together to rebuild a new home for the ghosts to live in and then Luigi and Co. drive away back to the Mushroom Kingdom, marking the end of the story.

And that’s pretty much the entire story summary and ending explantation for Luigi’s Mansion 3. If you’re looking for more Luigi’s Mansion content, be sure to check out our review on the game and our extensive Guide Wiki.

We’ve also listed some helpful guides down below for you to check out: