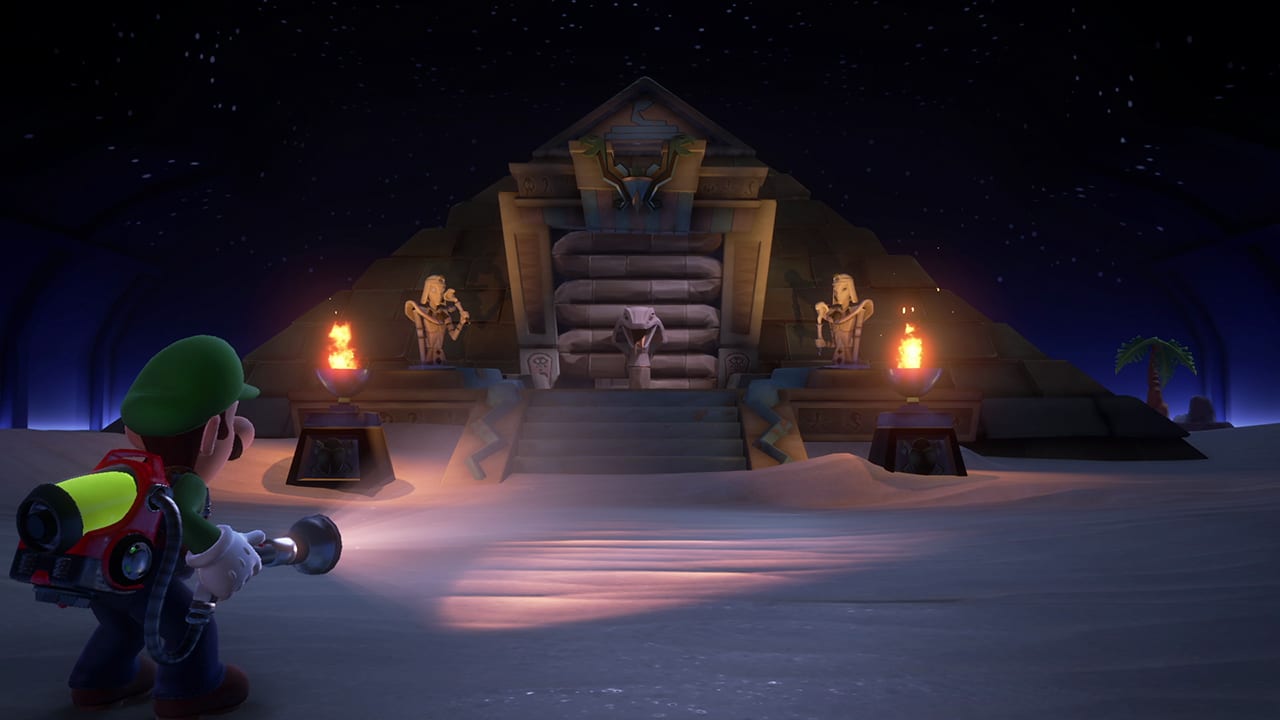 Luigi’s Mansion 3 is the latest Nintendo Switch exclusive that stars our timid hero, Luigi, as he is tasked with rescuing Mario and Co. from the clutches of King Boo and his gang of ghouls. To do that, Luigi will have to beat lots of enemies and ghost bosses. Here’s everything you need to know about how to beat the Tomb Suites Boss in Luigi’s Mansion 3.

Once you finally escape that dreaded pyramid, the ghost queen of the Tomb Suites will go inside of a huge sand-castle that can cause lots of damage to you if you’re not too careful.

The trick here is to avoid its attacks by running around while also using your vacuum to suck up the sand from the big moving structure.

She’ll jump up into the air at some points and cause a shockwave but you can avoid it by pressing down on the ZL+ZR triggers to have Luigi jump in the air.

There will also be a section where her snakes will come out of the sand, but you just need to run around and avoid their attacks until they’re stunned from hitting the ground too many times.

Keep sucking up the sand to make the structure smaller and smaller, and eventually, the boss will pop out and will be exposed. She will first have a group of snakes around her that will shoot projectiles, but just dodge those and then you can go in for the kill and suck her up.

Repeat this process about three times and the Tomb Suites boss will be toast.

To sum up how to beat the Tomb Suites Boss in Luigi’s Mansion 3.

And that’s all you need to know about how to beat the Tomb Suites Boss in Luigi’s Mansion 3. For more on the game, be sure to check out our expansive Guide Wiki and our scored review. We’ve also listed some helpful guides down below that you might be interested in: