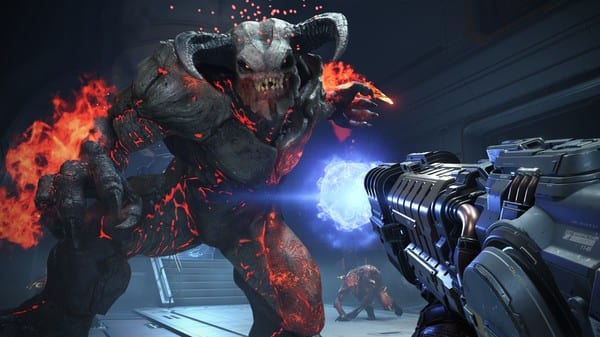 In a surprising turn of events, id Software announced on Twitter today that Doom Eternal will be pushed back into the Spring of 2020. The original release date of Nov. 15 was nearly a month away, but now the wait continues.

The new official release date for Doom Eternal is now March 3, 2020, a date which many gamers may have already associated with a different title since the first part of the Final Fantasy VII Remake is releasing on the same day.

The official announcement seemed sincere and offered an apology to fans for the delay. Here is what id Software had to say in the official release:

We know many fans will be disappointed by this delay, but we are confident that DOOM Eternal will deliver a gaming experience that is worth the wait.

Along with the announcement that Doom Eternal is coming out next year were also a few updates and details on three other important topics. First, Invasion Mode will be a free update that releases shortly after launch.

For those who don’t recall or haven’t heard of Invasion Mode, this will let you jump into another player’s game as a playable demon. This setting can be turned off if players don’t want invaders in their game.

The delay of this game also means that the Switch version will be pushed back even further. It’s still set to release at an unspecified date after the new PC, PS4, and Xbox One release date.

Finally, Doom 64 is going to be added as a pre-order bonus for Doom Eternal. Doom 64 is still set to release for Switch on Nov. 22 of this year, and March 20, 2020 for other consoles and PC.

If you’re looking for some more information on Doom Eternal you can find some great screenshots here and don’t forget to check out our article on the gameplay.