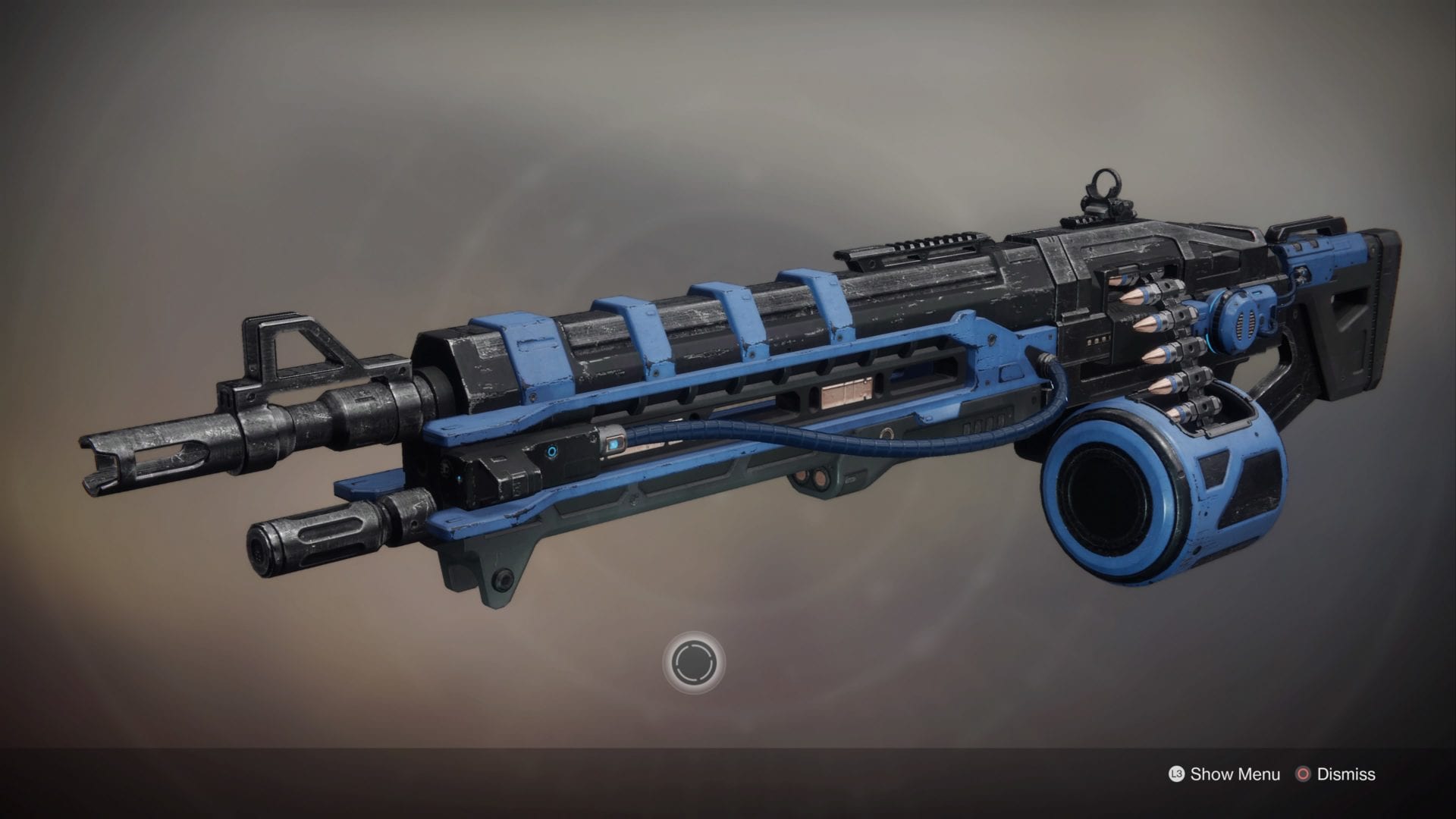 We’re going to talk about Hammerhead plenty in the PvP section so we’ll save that discussion for then, but know that yes, Hammerhead wrecks in all game modes in Destiny 2, including PvE. Just try to avoid using it on raid bosses as there are better options out there.

If you don’t own Hammerhead yet, or want to explore some other machine gun options that are situationally as good if not better in PvE, then consider both 21% Delirium and Thunderlord.

Really, Thunderlord only flaw is that it uses up an exotic power which is problematic when you often need weapons that aren’t machine guns in a lot of endgame Destiny 2 content. Plus, like other machine guns, it doesn’t hit raid bosses all that well.

Xenophage, added in Shadowkeep, after its buff in Season of Dawn is a much better weapon that is not only lethal in invading in Gambit if you have the ammo is actually a solid raid boss weapon as well. This is especially true for Titans which have access to Actium War Rig which allows you to fire Xenophage non-stop without stopping.

It’s easily one of the best PvP weapons in the game, period, and does not take up your exotic slot, a huge plus for people that want to rock one of the 40-50 exotic hand cannons we have now in Crucible.

Hammerhead is great in just about any situation, especially Crucible and invading in Gambit. The only drawback is that it has extremely high competition in PvP situations from rocket launchers, specifically Truth.

Truth is just so broken right now that it makes Hammerhead seem balanced. But, if you don’t like rocket launchers and/or you want to use an exotic somewhere else, you can’t go wrong with Hammerhead.