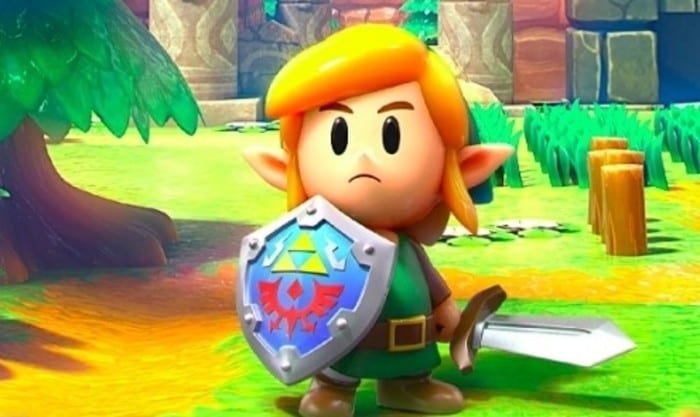 Link’s Awakening is a one-to-one remake of the classic Game Boy title and most aspects are kept the same. You’ll find unlit torches all around the dungeons in Link’s Awakening but if you’re wondering how to light torches, here’s what you need to know.

When you’re going through the Mysterious Forest for the first time, you will get to a log that acts as an entrance to a cave. Once you come out the other side of that cave, you should see a toadstool/mushroom just sitting there in the grass.

Then, if you exit out out the east side of the forest, you will reach a clearing that’s host to a small lake and one of those electrifying green goo monsters. Continue south down a path and you will come across the Witch’s Hut.

The Witch will ask for the Toadstool and once she mixes it up in her cauldron, she’ll give you some magic powder, which is a limited item that allows you to light up torches and damage/disorient enemies. But use it sparingly for now as it’s hard to get more until later in the game.

How to Light Torches

Go into the menu after getting the magic powder and equip it to one of the two assigned buttons. Then just go to a torch or an enemy and press the button to throw the magic powder in front of Link.

That’s all you need to know about how to light torches in Link’s Awakening. For more on the game, be sure to check out our extensive wiki guide as well as our scored review.

For more tips, tricks, news stories, features, quizzes, and more, make sure to search Twinfinite. We’ve also listed some other helpful guides on the game down below.