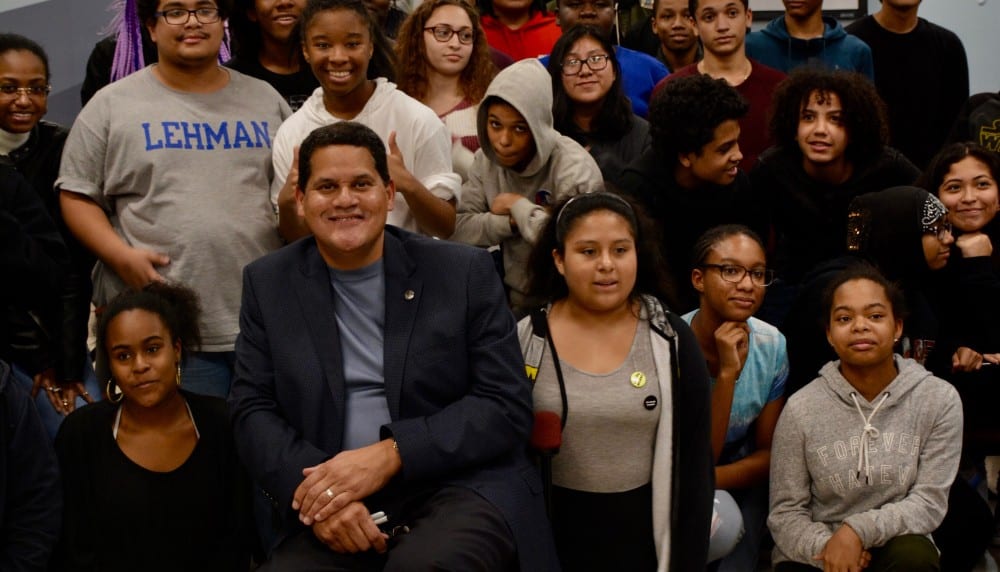 The New York Videogame Critics Circle is a non-profit organization of various video game critics, reporters, designers, and videographers in New York City that offer mentoring and other opportunities for students.

“Drawing from my years of experience in the gaming industry for having a big picture perspective, and from my roots as a kid from the Bronx, joining the New York Videogame Critics Circle board of directors feels like a natural fit,” said Fils-Aimé in the press release. “I have an admiration for the work that the NYVGCC has accomplished in giving back to communities since its inception and can’t wait to jump in and contribute to the success of the organization.”

Speaking with Polygon, Fils-Aimé did not give specifics about what his new role entails as programs are being finalized, but said he is looking to help the organization grow.

He will also be mentoring students at Cornell University over the upcoming year with his first lecture, “Reggie’s Principles for Next-Generation Leaders,” scheduled for Oct. 21.