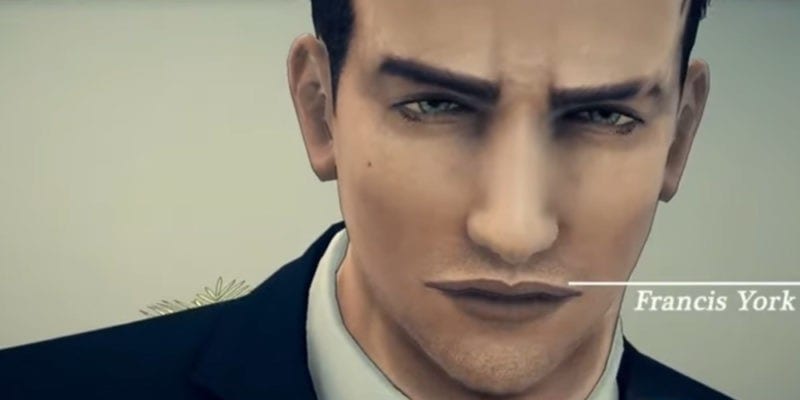 Nintendo has officially unveiled Deadly Premonition 2: A Blessing in Disguise, and it’s on its way sooner rather than later.

During Nintendo’s Sept. 4 Nintendo Direct, it was revealed that Deadly Premonition 2 was in development and slated for release sometime next year.

Once again focusing on agent Francis Scott Morgan, the game sees the investigator transported back in time and forced to uncover a dastardly scheme in the works to go back home. Along the way, he’ll meet just as many strange characters and odd personalities as in the last game, all while dealing with just as many twists and turns in the story.

Other specifics on the plot points weren’t revealed, though more is slated to be revealed as the game’s 2020 release window draws closer.

The reveal also came with a short teaser trailer, showing off how York and other characters will look in the new game. The trailer will be added below once it becomes available.

The Deadly Premonition series’ move to Nintendo’s consoles is only one of several announcements made through the company’s latest direct stream. For all of the latest news out of the stream, stay tuned to Twinfinite.net for all of the latest as it happens.