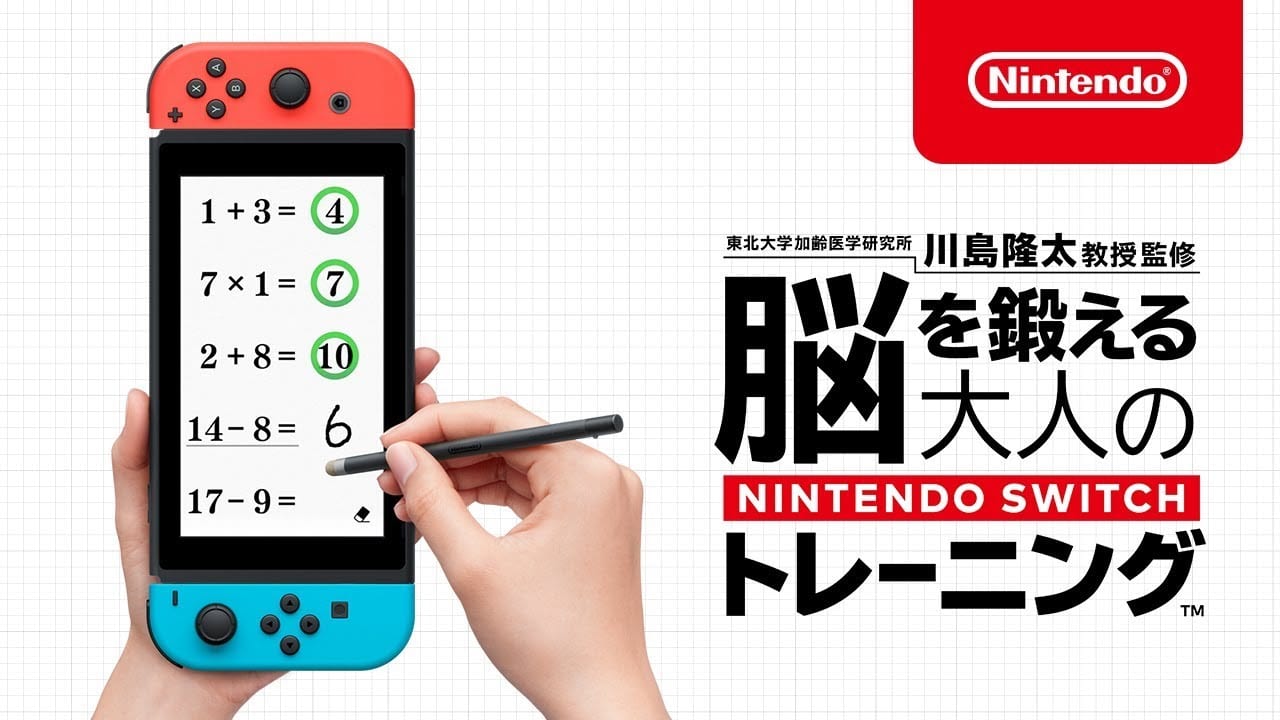 Do you remember the Brain Age series? Or maybe you know it as Brain Training, depending on the region you live in. The good news is that it’s coming back.

The series was popular back in the day of the Nintendo DS, and today the house of Mario And Zelda announced the long-titled successor “Tōhokudaigaku Kareiigakukenkyūjo Kawashima Ryuta Kyouju Kanshuu no o Kitaeru Otona no Nintendo Switch Training.”

Yeah. That’s a mouthful, and it means “Nintendo Switch Training Supervised by Professor Ryuta Kawashima of the Tohoku University Institute of Aging Research.”

If that surprises you, the original games had a similarly-long title in Japanese, so it’s likely to be similarly shortened this time as well if the game comes well.

And yes, Professor Ryuta Kawashima is also back, ready to train your brain.

The game will launch in Japan on December 27. The packaged version will cost 3,480 yen and will include a stylus. The digital download version will be cheaper, for 2,680 yen plus tax.

This time around, in addition to the brain teasers included in previous games of the series, the title will support the IR camera for a feature named “Finger Brain Training,” an alarm that lets you know if you play too long, and online leaderboards.

Below you can find the first tailer and a few images for Nintendo Switch Training.