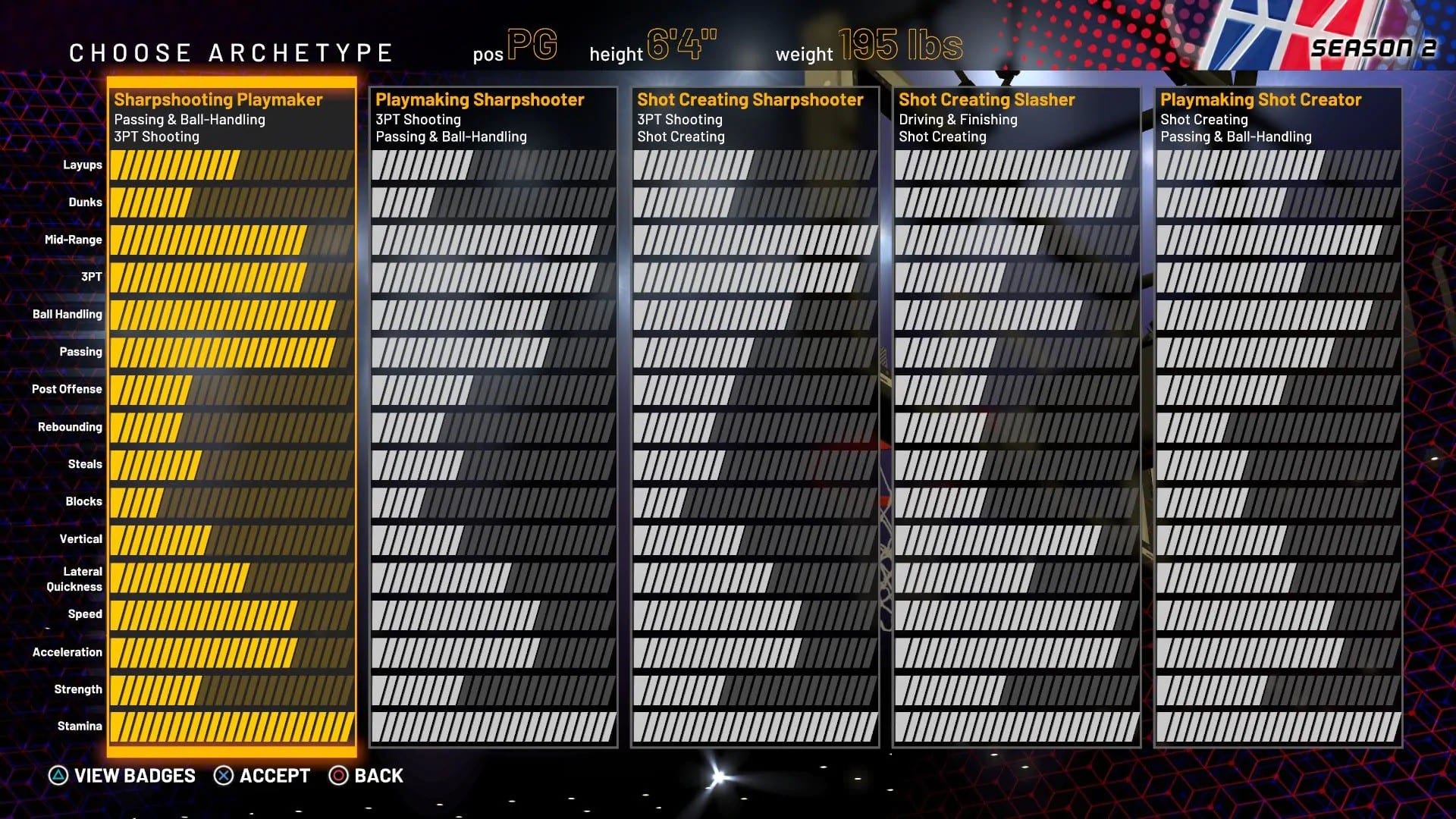 In NBA 2K20, there isn’t really a wrong or right way to play, especially when it comes to the archetypes that make up the game. Since there is so much variety though, it is important to see which ones tend to work best for each position. Here is everything you need to know about the best archetypes for MyCareer in NBA 2K20.

Regardless of the position, you take up for your career, your player will have a primary and secondary archetype.

In total, there are 25 different overall archetypes, with each position getting the option to choose between five of them.

Above you’ll see that each position’s archetype correlates to the need they provide a team.

A point guard’s primary role is to run the offense. As such, choosing the Playmaking Shot Creator archetype seems like a wise choice

With this, your point guard has a primary of Shot Creating and a secondary that focuses on Passing & Ball-Handling.

Shooting guards, on the other hand, should be the scorer, as their name dictates.

Invest in Two Way Slasher for a primary of Driving & Finishing to get mad buckets. The secondary to this archetype is also important, giving them good defense for steals.

Similar to shooting guards, small forwards also like to score, as well as defend and grab rebounds.

Two Way Sharpshooter feeds both of these needs, with a primary of 3PT Shooting and a secondary focused on Defending.

The other forward position is all about keeping their backs to the basket in order to grab offensive and defensive rebounds.

Select the Two Way Athletic Finisher archetype for your Power Forward and combine the primary Driving & Finishing with the secondary Defending to be an all-around putback machine.

Last but not least is the big man, your Center archetype. This should be all about paint play, defending one hoop while dunking on the other.

With the Rebounding Post Scorer option, you’ll have the best of both worlds. It’s primary allows for Post Scoring on offense and Rebounding on both sides of the court.

That is everything you need to know about the best archetypes for MyCareer in NBA 2K20.

For more helpful tips, tricks, and guides to get things started, be sure to check out our official guide wiki.