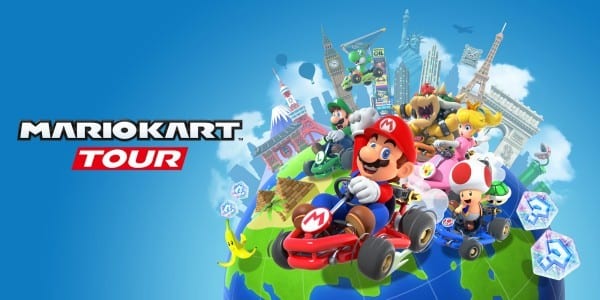 If you’re going to take this game seriously, then you better learn this crucial information. Here’s everything you need to know about how to tier up and what that does in Mario Kart Tour.

What Tier Up Does in Mario Kart Tour

First, to unlock tiers you must unlocking ranking. You won’t even see anything about tiers until you finally reach the point where you’ve unlocked ranking.

Luckily, we have this fantastic guide on how to get Ranking in Mario Kart Tour. Just follow that guide first if you aren’t there yet and then continue from here.

How to Tier Up

Once you have ranking, then you’ll be able to compete against other players on a leaderboard in Mario Kart Tour. You get points by performing well in races, so aim for those first-place finishes every time.

Amassing large amounts of points each ranking season (typically about one week long) will yield some great rewards. This is also how you will tier up. The better you do, the faster you’ll rise through the ranks.

Doing well in Mario Kart Tour is important, but so is racing often. If you only do one or two cups a week, then tiering up will be an incredibly slow process. Playing as often as you can is a solid strategy for moving up.

As you move up the tiers, your competition will become increasingly difficult. It will help balance out your opponents to make sure you always have a fighting chance no matter where you’re placed.

Fortunately, facing more high-skilled racers isn’t the only perk of moving up. As you reach higher tiers you’ll also be able to unlock better rewards at the end of each ranking season.

That’s all there is to know about tiers in Mario Kart Tour. If you’re looking to quickly move up the rankings, then check out our guides on how to get fast and easy points, how to change CC, and whether you can play with friends.