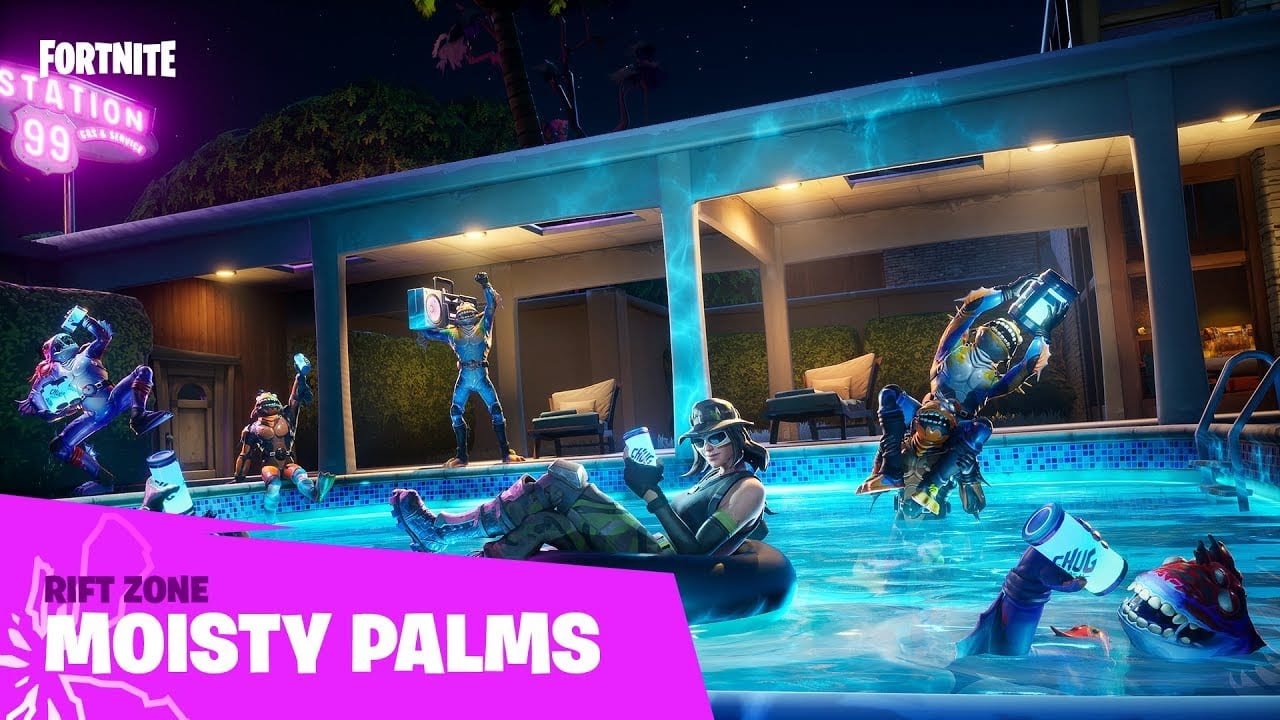 Epic Games has just released the Fortnite 10.30 patch notes, revealing the latest update adds two new locations on the map with their own twists to gameplay, alongside the vaulting of the Burst SMG.

The highlight additions in Fortnite’s 10.30 update comes in the form of the two new locations on the map — Moisty Palms and Greasy Grove. Moisty Palms, as the name suggests, combines both Paradise Palms and the former southeast named location Moisty Mire into one.

As we’ve seen with previous named locations affected by Rift Beacons in Fortnite, Moisty Palms has a unique gameplay twist. While in this Rift Zone, crouching will disguise players as a random prop. Using the primary fire button pulls you out of the prop state, and you’re still able to take damage while in this form.

Meanwhile, the return of Greasy Grove brings another unique gameplay change. Durrr Burger is no longer the king of fast food in this named location, but Tacos are instead. Spicy Tacos rain down from above intermittently within this Rift Zone, causing all players to dance.

While dancing players cannot be damaged by others and regenerate 20 HP per second. Additionally, these tacos raining down on players can be consumed for 10 Health + Shield, and gives a 40% increase in movement for 20 seconds.

The other main thing to note from Fortnite’s 10.30 update is the vaulting and unvaulting of two SMGs in the game. While the Burst SMG has now been vaulted and removed from all game modes, the Tactical SMG has taken its place and been unvaulted. Epic Games did not give a reason for this change.

You can check out all of the other changes in Fortnite’s 10.30 update here. The update is now live on Xbox One, PS4, Switch, PC, and mobile devices. For tips, tricks, and guides on the current season, be sure to check out our Season 10 guide wiki.