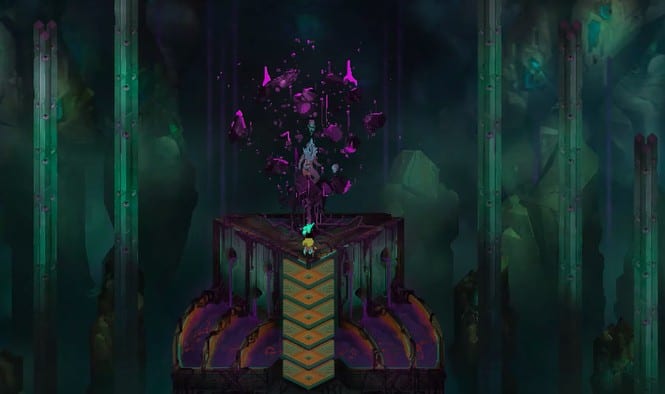 The genre-bending Children of Morta is coming to Xbox One next month, and it’s got a detailed new trailer to walk players through what they can expect.

Revealed during Microsoft’s Sept. 24 Inside Xbox stream, the trailer provides a crash course on what Children of Morta is about, how it plays and what features set it apart from its contemporaries.

As members of the heroic Bergsons, players are tasked with standing against a strange darkness threatening to overtake the land. Each family member has their own skills and abilities to help them in their quest, from cutting sword skills to deadly accuracy with a bow.

However, each family member isn’t without their flaws and demons, each of which will come to the forefront as players progress through their adventure and learn more about their heroes of choice.

On the gameplay front, the game utilizes elements from action RPGs, Rogue-lite and Hack’n’slash titles for a mix of genres that keeps the title fresh even after several playthroughs.

It’s certainly an interesting premise, and the game’s art style helps to bolster the originality the title strives to offer. It also helps that players can make their own judgements of the game soon enough when its Xbox One port launches on Oct. 15.

In the mean time, perspective players can check the trailer out for themselves below.

Children of Morta’s Xbox One port was only one of several announcements to come out of the latest Inside Xbox stream, with new info on titles like The Outer Worlds, Code Vein and more.

Likewise, Sony held their own State of Play with plenty of reveals for their own titles like Death Stranding, The Last of Us Part II and Medievil.

It’s a lot to take in all at once, but stay tuned to Twinfinite.net for all the latest as it happens so you don’t miss out on any of it.