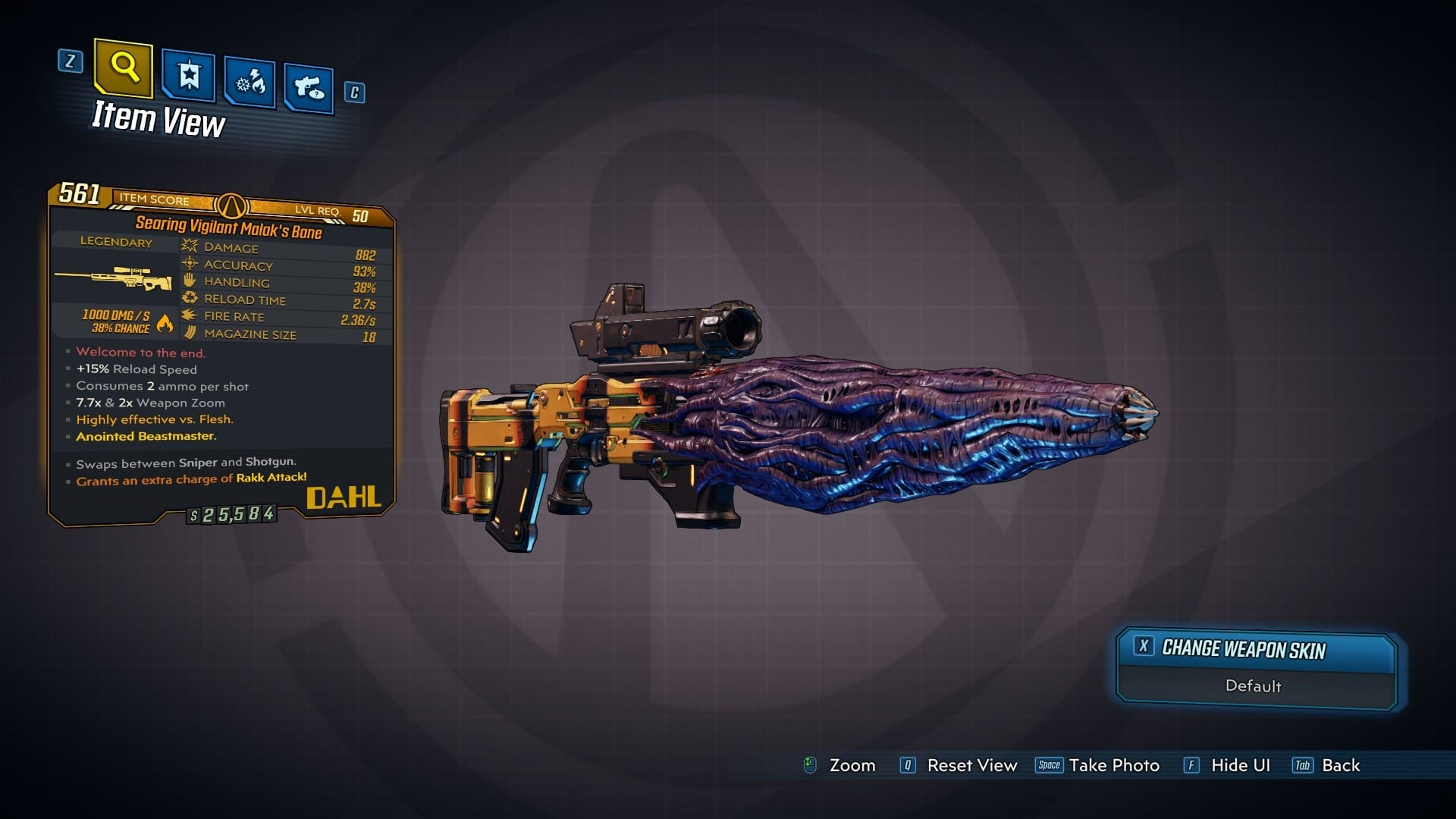 Borderlands 3 is upon us, and true to form, it is full of all kinds of cool and colorful weaponry and gear. They come in all shapes and sizes and grant all kinds of bonuses to an intrepid Vault Hunter. Let’s take a look at exactly what Anointed gear is in Borderlands 3.

Almost every item in the game has a chance to be generated with the Anointed perk, which makes it even more useful.

What Anointed Gear is in Borderlands 3

Due to the random nature of Borderlands 3’s loot generation, it’s possible that you might play through the entire campaign without encountering a single piece of Anointed gear.

Anointed gear is essentially loot that gives a unique bonus on top of its other statistics. This is usually specific to one of the four Vault Hunters, but sometimes can be generic as well.

For example, you might find an assault rifle Anointed to Zayne that will increase gun damage and reload speed as long as his Digi-Clone ability is active.

You could also come across a similar Anointed item that is not specific to Zayne and can be used by any character. It really is just the luck of the draw.

This is obviously great, and any time an Anointed item drops is cause for celebration. You had just better hope it is right for your character and playstyle.

How to Get Anointed Weapons & Gear

Outside of random drops, sometimes you can find an Anointed item in the Veteran Rewards vending machine, but keep in mind these items cost Eridium, a resource that is in incredibly short supply.

You could also run a couple of dungeons AKA the Proving Grounds once you’ve completed the campaign, as you get bucketloads of loot for successful completion. Again, nothing is guaranteed, but if you are going to grind for a drop then this is the place to do it.

There is also a higher chance of Anointed gear dropping while in Mayhem Mode, which is Borderlands 3’s take on new game plus, which is something you should keep in mind.

So, to recap, you can find Anointed gear in the following places:

That’s everything you need to know about Anointed gear in Borderlands 3, be sure to check out our helpful guide wiki for all kinds of useful articles.