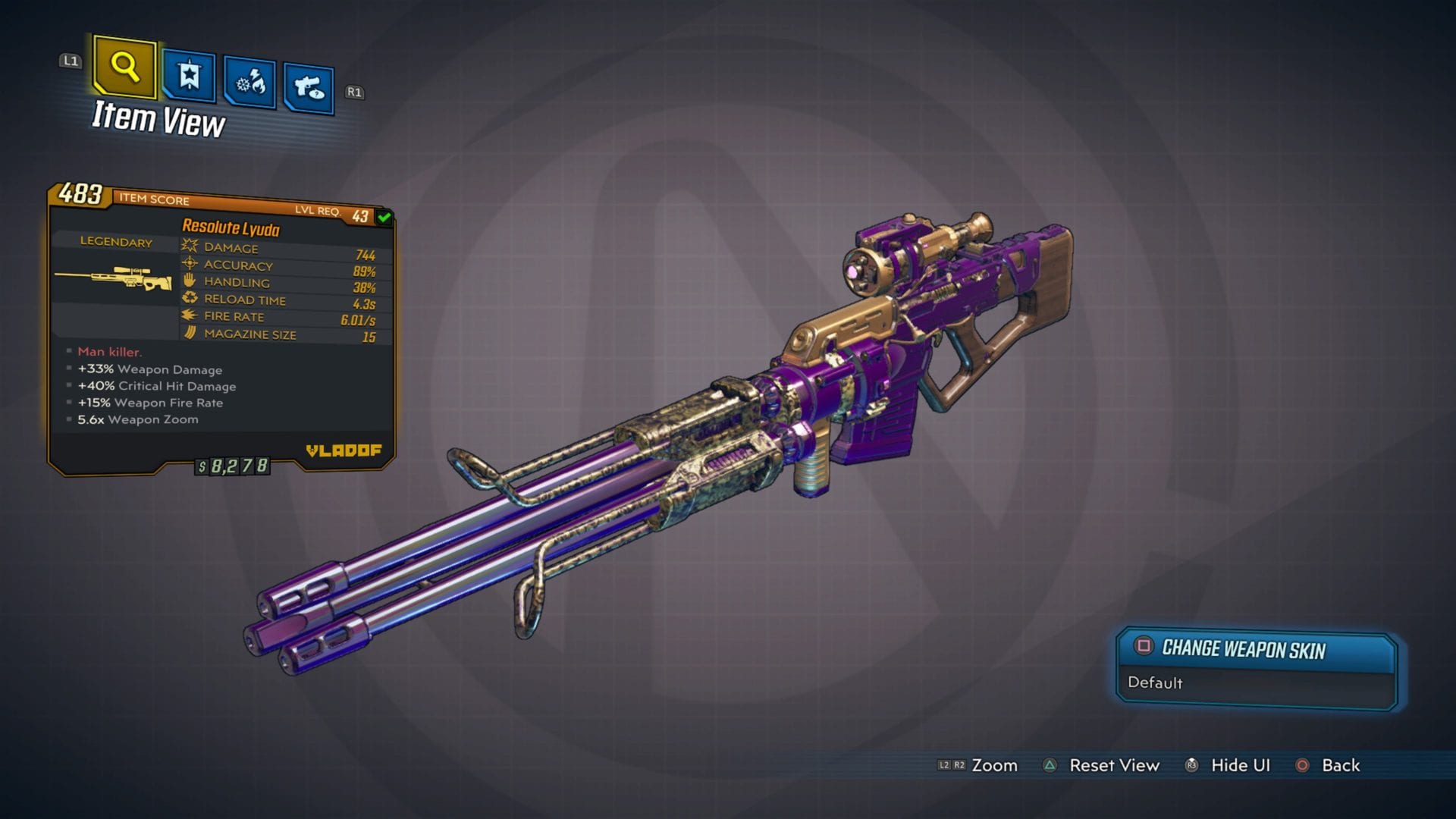 When it comes to Borderlands 3‘s best weapons, few can top the game’s Lyuda sniper rifle. That’s why we’re here to walk you through how to get it, how strong it is and much more.

How to Get the Lyuda Sniper Rifle, What Stats it Has and More in Borderlands 3

One of the best legendary weapons in Borderlands 3, the Lyuda is a Vladof sniper rifle with the special ability of splitting its shots after they travel a certain distance. This can greatly increase the amount of damage you do with each shot, especially if you find the right range to fire at so that an enemy’s weak points are hit multiple times per shot.

To get it though, you’ll have to stick to one of two specific methods. The first is to farm Borderlands 3’s Graveward boss found on Eden-6. The creature trapped within the planet’s vault has a slim chance to drop a Lyuda after every death, so you can use the usual boss farming technique to prompt a drop.

This is likewise the best way to get different variants of the Lyuda. Though the gun has some fixed stat ranges, it also has the chance to drop with an elemental effect applied to it.

It’s worth noting, however, that the drop rate for the weapon has been nerfed since the drop was discovered. As a result, it is far harder to get a Lyuda through this method than it was in the days after Borderlands 3’s launch.

The other method is to complete all of Zer0’s Target of Opportunity Crew Challenges in Borderlands 3. Though time consuming, this is the only method that is 100 percent guaranteed to get you a Lyuda. Not only that, but it will be the same level that you’re at when you complete the last crew challenge, making it possible to obtain a level 50 variant right off the bat.

So, to recap the ways you can get a Lyuda:

What the Lyuda’s Stats Are

As for what the Lyuda’s stats are in Borderlands 3, it varies based on the weapon’s level. All the same, a chart of the weapon’s stats from a level 43 drop have been provided as a frame of reference.

Again, the Lyuda’s base stats are randomized based on what level you obtain it at in Borderlands 3 as well as run-of-the-mill RNG. This also applies to whether or not it has an elemental damage effect, how far it can zoom, and so forth.

That should cover everything you’d need to know about Borderlands 3’s Lyuda sniper rifle. For more on the game, check out our Borderlands 3 guide wiki for plenty more tips, tricks and info.