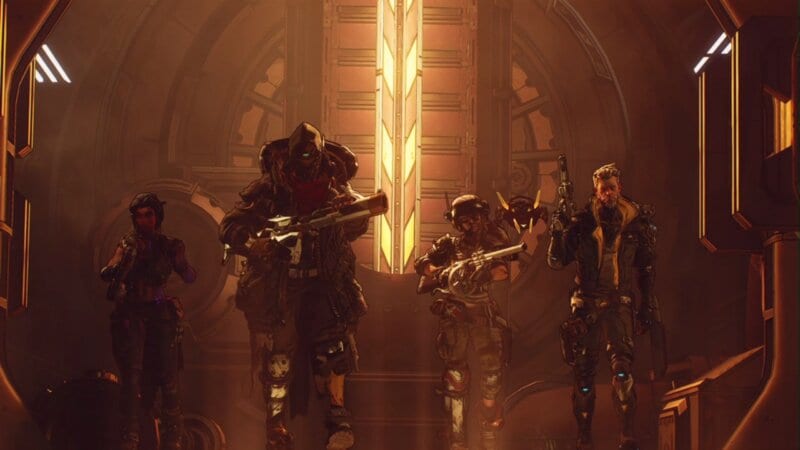 Borderlands 3 puts you in the shoes of four brand new Vault Hunters, traveling to more locations than just the deserts of Pandora. Of course, as you might expect from the series, there are plenty of costume and customization options for your characters. With that, here’s how to change character and vehicle appearance in Borderlands 3.

Whether you’re playing as Amara or FL4K, you can alter your appearance in a number of ways. This includes things like your hair, clothes, emotes, and more.

Before you change your appearance, you’ll want to know how to unlock new looks, for both you and your vehicle.

First off, for your character you’ll get different options for your head, skin, emote, and Echo Theme. In order to get these, you’ll need to find them as loot scattered around the game.

Skins and the others will drop as pieces of loot from enemies, just like guns do. While that’s your primary way of getting them, you can also head to Earl’s shop in Sancturay and spend Eridium to buy new customization options.

Eridium is hard to come by, though, so you’ll want to consider how best to spend it.

For vehicles, on the other hand, many of the customization parts are unlocked through main missions, which will also give you new vehicles to drive on occasion.

The other way is by commandeering vehicles while exploring the world, then returning them to a catch-a-ride station. There, you can register it, and it’ll ensure you’re getting all available parts and armor.

Now, to actually change your character appearance you’ll need to go to a Quick Change vending machine, and interact with it. On your minimap, these will look like a little person with a lightning bolt next to them, and they’re pretty easy to spot.

There’s one immediately available in Sanctuary after playing through just a bit of the main story.

If you need a visual aid, we have a helpful video guide you can watch down below.

In order to change your vehicle’s appearance, once again, just head to the Catch-a-Ride station. Just interact with the station and you’ll be able to swap through the appearance of your vehicle by selecting each part, then pick what you want to use.

Just be aware that some weapons and armor are restricted by the type of vehicle.

That’s everything you need to know about how to change character and vehicle appearance in Borderlands 3.

For even more guides and walkthroughs, make sure to check out our extensive Borderlands 3 guide wiki.

Here are a few other guides you might want to look at.

GTA Online: How to Get Aircraft Carrier
Warzone: How to Unlock All Tier 100 Naga Skins
Valheim: How to Increase Stamina