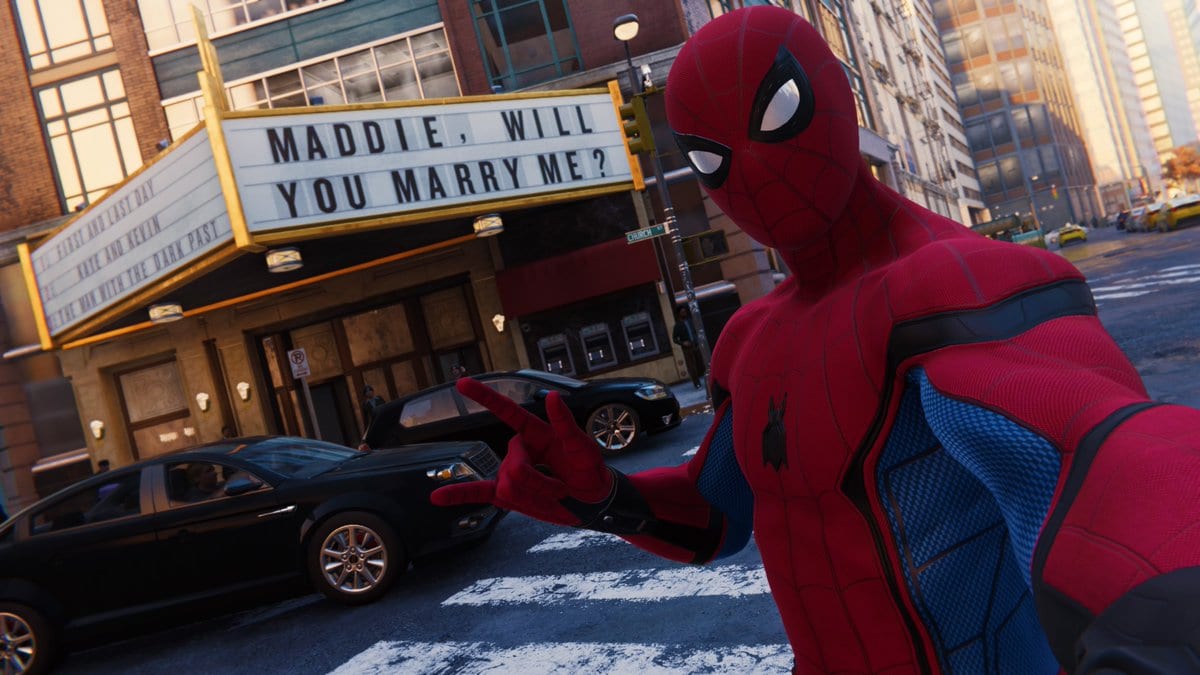 Portal 2 introduced co-op to the Portal series, but one guy took this idea a little further. Gary Hudson reached out to Valve, wanting to create something special to propose to his girlfriend Stephanie.

He contacted level designers from the Portal 2 mapping community site ThinkingWithPortals.com as well as Ellen McLain, voice actress behind the villainous GlaDoS, to help him craft a special level.

The level is peppered with hints about Gary’s true intentions through GlaDoS’ dialogue and towards the end takes the player to suspiciously church-like room with rows of seats and an aisle with a lone symbolic companion cube at the end. GlaDOS tells Stephanie, “You can say no. I’m sure he’ll get over it … eventually.” Luckily for him, she said yes.

Back in 2011, Ben Ambroso asked Gearbox to help him out with a proposal to his girlfriend Tora, seeing as they were such huge fans of the game.

After the video was created, Ben told Kotaku about how Borderlands brought them together as a couple, explaining that co-op in the game “easily made that awkward starting out stage of any relationship go extremely smooth”.

The developers at Gearbox responded by creating a hilarious scenario where Claptrap films a very reluctant proposal video for Ben, arguing with an off-screen director about the happy couple, when not trying to hit on Tora himself.

Considering how expansive Minecraft is, one example of which being this insane pixel art, it was only a matter of time before someone used the breakout indie sandbox to pop the question.

In 2011 an employee of Bioware used the game to propose by writing “Marry Me?” in Minecraft’s most romantic material, lava. The message is viewable from a high vantage point, to which the creator’s girlfriend is guided by signposts.

To add to the romance, the question comes with an absolutely massive engagement ring built next to the message. This has since spawned a number of copycats, and proposing in Minecraft has become something of a pastime for loved-up gamers.

In 2008 YouTube user TheRealPfhreak decided he wanted to propose to his girlfriend Anna. The comp-sci student originally wanted to propose at Washington’s Mount Baker, where they’d had their first date, but quickly realized there would be no stealthy way to bring her there.

He then turned to the next best thing by hacking into the game she was currently playing: Chrono Trigger. “I spent a long time debating whether or not this proposal was awesome or incredibly stupid,” he explains, but awesome it turned out to be, and it turns out she said yes.

He added a few shared memories of the couple to the game, like dancing and stargazing, as well as a heartfelt note of his own.

He filmed the level as his girlfriend played and later uploaded it. Littered with glowing red candles, the level soon comes to a large sign reading “Will You Marry Me?”

You can just about hear an audible gasp when the sign comes on screen, and DimmuJed wrote in the description of the video that “She was so shocked she kept playing and knew I was filming. Afterwards, we hugged, she cried, and I gave her an engagement ring.” Awww.

When Joe wanted to pop the question to his iOS puzzle game-loving girlfriend Jen, he asked William Thurston, the creator of the physics-based puzzler Foozle, to help him out with an in-app message.

Thurston agreed and worked the message “Jen, I love you with all my heart and nothing would make me happier than to spend the rest of my life with you. Will you marry me?” into his game. Either romantically or ominously, depending on your interpretation, the question only has one answer option: “YES”.

However, there was just one unexpected speed bump. Jen had trouble getting past the seventh level, which was just where the proposal happened to be hidden. Luckily, she did manage to complete the level, and capped it off by saying yes.

But what if you don’t have a game developer on hand to help you out? That didn’t stop New Yorker Brad Smith from bringing love and video games together.

After five years together with his girlfriend Lisa, Brad decided to propose in Super Mario World. Using the level editing program Lunar Magic to create a level where the big question is spelled out in coins.

He secretly filmed Lisa playing the game, as well as her reaction to the special message(spoiler alert – she said yes!). The video is still up on his YouTube channel, and in the video’s description he writes “She may not look too surprised in the video but you should have seen her afterwards, she couldn’t sit still.”

When Matt Gilgenbach wanted to propose to his girlfriend he created an entire game for that sole purpose. A Mobius Proposal is that game – a co-op puzzle platformer that puts players on opposite sides of a Mobius strip.

Players must make their way through the maze-like terrain and have to work together to overcome various obstacles. “I incorporated the proposal in the game by displaying a fake low battery message and hiding the ring inside the battery pack of the controller,”  Matt says of his plans.

After sitting his girlfriend down to play he then secretly switched his webcam on to record her ecstatic reaction.

While most of these proposal stories resulted in a happily ever after, sadly not every story has a happy ending. Case in point: this proposal using Marvel’s Spider-Man.

In May last year, Tyler Schultz tweeted at Insomniac asking for help in proposing to his girlfriend. Insomniac and Marvel loved the idea and worked the message “Maddie, Will You Marry Me?” onto a movie theatre marquee in the game.

Sadly, by the time the game released in September, the couple had already broken up, as Tyler revealed in a now-deleted video.

News of the message and its failure spread, quickly becoming known as one of the saddest easter eggs in gaming. Insomniac even felt bad enough that they removed the message in a patch.

Way back in 2007, computer programmer Bernie Peng decided to ask his girlfriend Tammy Li to marry him by hacking her favorite game at the time – Bejewelled. He reprogrammed the game so that when she reached a certain score a ring would pop up along with a marriage proposal.

Not only did she say yes, but news of the proposal rapidly swept through the internet. The story was picked up by gaming sites and made its way back to PopCap, the manufacturer of Bejewelled.

Surprisingly, PopCap weren’t angry at having their game hacked so much as impressed, and company officials even offered to pay for part of the wedding.