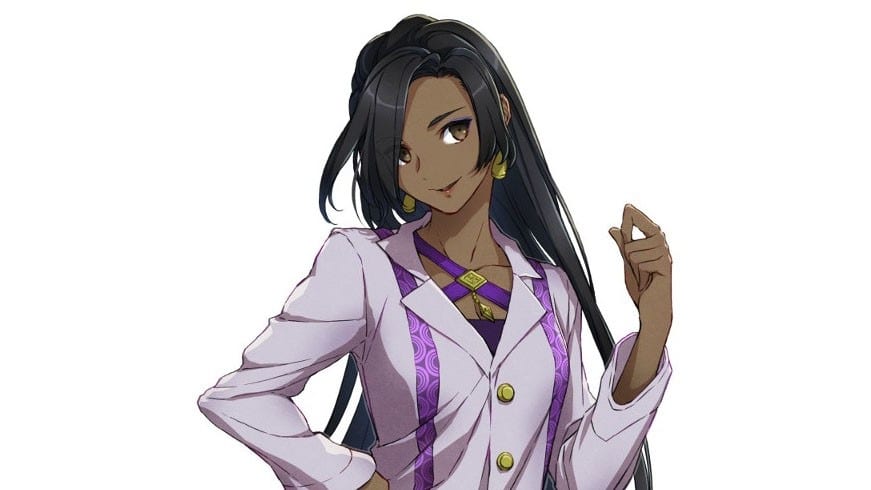 The screenshots showcase a batch of new characters that populate the world of the game and that Adol will meet in his adventures.

Maxim is a mysterious man accompanied by an owl named Arthur. He does business in Balduq’s black market. He trades on both items and confidential information, which he seems to receive from prisoners in the city’s jail.

Salady is a beautiful traveling doctor who lives in Balduq. The citizen often rely on her and she heals those who can’t afford treatment for free. She seems to be looking for something, and often visits the inn where Adol is hiding.

Silhouette is a mysterious masked girl in a maid outfit. Despite her appearance she has a charming personality and a lot of common sense.

Tate is a clever and kind boy who works as a blacksmith apprentice. His father died a few years ago, and he now lives with his younger sister.

Xavier is an animal, and while it should speak a different language from humans, he actually can communicate with our heroes, and with an arrogant attitude to boot. He lives in the jail, and decides to lend his power to Adol.

You can check out all the screenshots below, also showcasing the PS4 theme and avatars which will be released as pre-order bonuses for the digital edition of the game on the PlayStation Store.

If you want to see more, you can take a look at the latest trailer, an earlier one, the latest screenshots focusing on the Grimwald Night, more recent screenshots revealing more characters, earlier gameplay clips, some more gameplay videos and additional images, the first gameplay, and the original reveal.