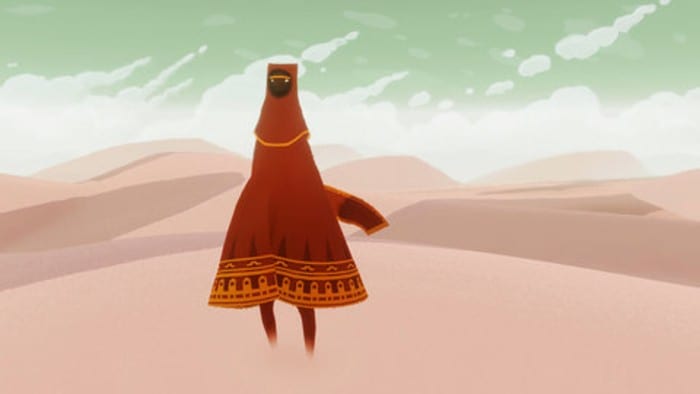 Journey originally launched in 2012 as a PlayStation 3 exclusive and went on to win tons of awards such as Game of the Year at the 16th annual D.I.C.E. Awards and best PS3 game at the Spike Video Game Awards.

The game has you playing as a robed wanderer who is on a mission to get to the top of a glowing mountain. As you play, the towering mountain can always be seen and you can even come across other players that are also at the same point of the game as you are.

Since the characters don’t speak, the only way to communicate is by in-game chirps that you can use to help each other out to solve puzzles and get through tough spots.

Journey is such an emotional and thought-provoking experience that should be played by anyone who loves minimalistic art direction, soothing instrumental tunes, and games that can be interpreted in many different ways –it’s an incredible experience.

If for some reason you can’t play one of the best indies of all time on a modern system, trying out this mobile version is the next best way. It’s on the App Store now and can be purchased for only $4.99. –oh, and make sure you play with headphones.