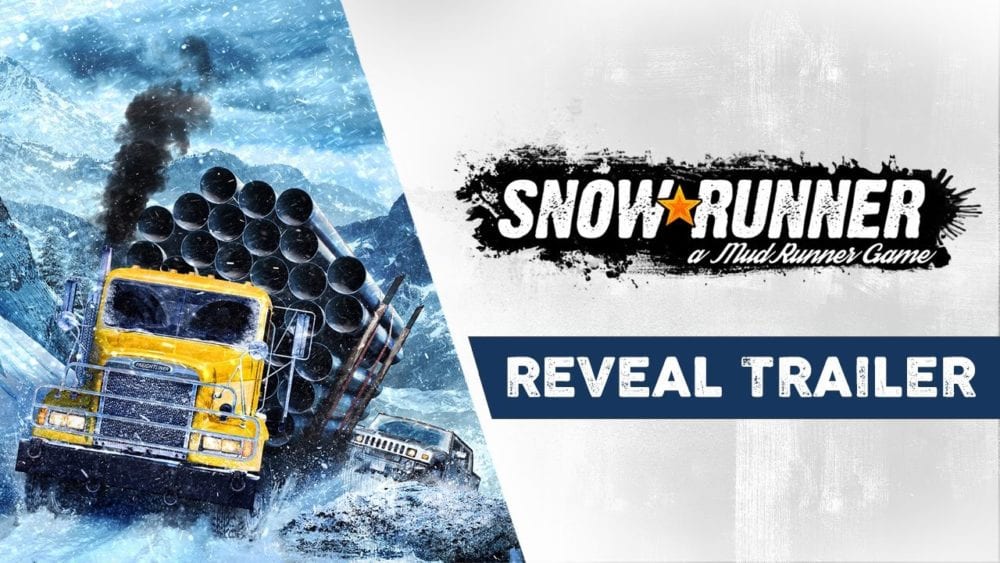 Focus Home Interactive has announced SnowRunner at Gamescom 2019, a sequel to the popular Mudrunner, in which players drive all-terrain industrial vehicles over some of North America’s most rugged terrain. Suffice to say, if you’re a fan of games like Truck Simulator then this makes those look like a Sunday drive-by comparison.

“Teased previously as MudRunner 2, SnowRunner is the ultimate off-road experience, made bigger and better with stunning visuals, advanced simulation physics, massive maps and vehicles, and the introduction of snowy terrain.

SnowRunner puts you behind the wheel of a huge roster of customizable heavy-duty vehicles from manufacturers like Pacific, Navistar and more in some of the world’s most untamed, unforgiving environments. There are more than 15 new sandbox maps to explore, some up to four times larger than those in the original MudRunner.”

Players will face extreme weather conditions as they battle the elements to deliver their payloads. Hazards like snowdrifts, ice, rivers and mud will bring their own unique challenges, which can be taken on solo or online with co-op that supports up to four players.

SnowRunner is expected to launch in 2020 on PS4, Xbox One, and Windows PC through the Epic Games store.

With Gamescom 2019 in full swing, there’s plenty of other announcements that should be on your radar. The latest Shenmue III trailer, for example, showcases minigames, combat, and story beats. While Dragon Ball Z: Kakarot’s new trailer focuses on the Cell Saga.