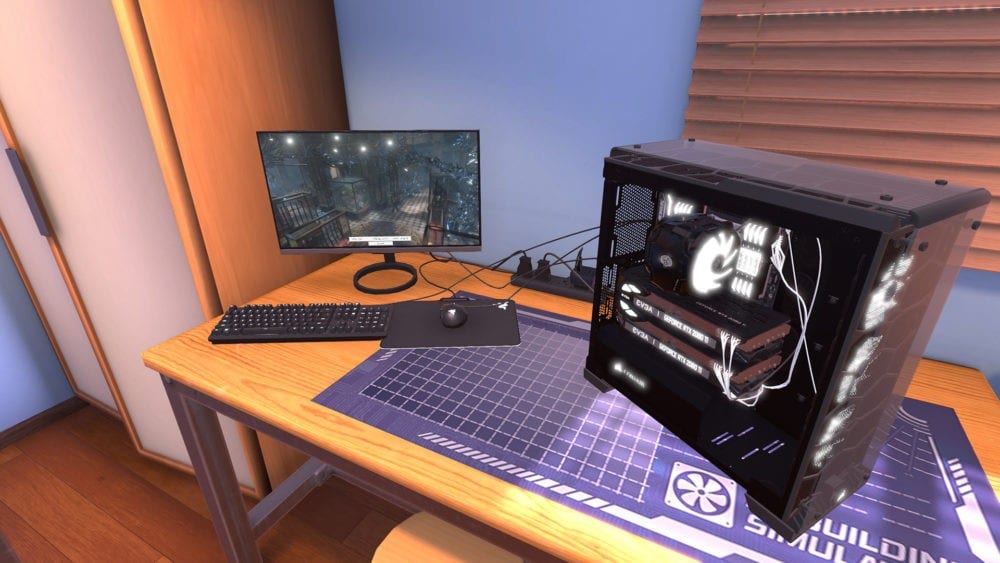 PC Building Simulator, a simulator that allows players to build computers from scratch, is now available for PlayStation 4, Xbox One, and Nintendo Switch.

In an ironic twist, the game is exactly what the title says. The main gameplay of PC Building Simulator is to build a computer with real life parts from the case down, to BIOS and OS simulation, and even clean out viruses.

The game contains over 1000 computer parts from manufactures including Intel, AMD, Nvidia, ASUS, Deepcool, EKWB, and NZXT. The licensed parts allow players to actually build a dream gaming PC as close as humanly possible, and without spending upwards of thousands of dollars.

Players will have free reign to go as big as possible in the Free Build mode, but there is a story mode for those that need some structure.

According to the press release, “you take over your Uncle Tim’s PC workshop after he mysteriously skips town. You’ll need to successfully repair and upgrade customers’ machines just to keep the lights on. Start small, then go big as you master some of the most technical elements of PC building, creating some seriously impressive machines in the process.”