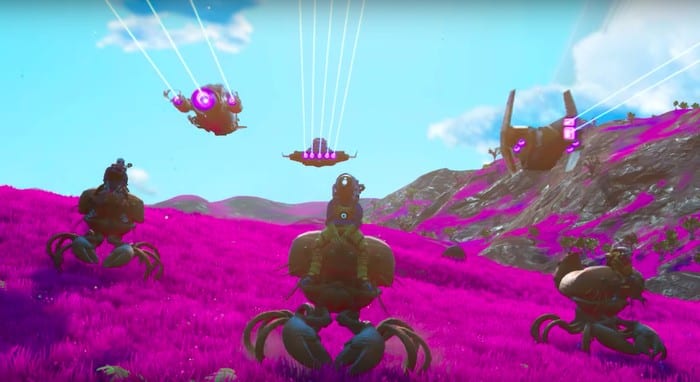 Hello Games has announced that a physical release for No Man’s Sky BEYOND on PlayStation 4 is in the works, and its coming sooner than one might expect.

In a post to the official PlayStation Blog, Hello Games founder Sean Murray revealed that a physical edition of No Man’s Sky BEYOND for the PlayStation 4 would launch on Sept. 10 in North America and Sept. 11 in Europe.

The move is made in celebration of the BEYOND update’s official release, which sees several elements of the game overhauled.

“Beyond is our attempt to bring all of the strands of No Man’s Sky into a more cohesive whole and to fill in the detail so that, no matter your play style, no matter whether you’re a newcomer or veteran, it is an instantly accessible world and one that makes sense,” Murray writes.

The edition includes the base game of No Man’s Sky as well as every addition made via the NEXT and, more pressingly, BEYOND updates, including full multiplayer support and expanded world traversal.

The game will also be graphically remastered and refined in several other areas to account for the progress made in the years since No Man’s Sky’s initial release.

The news follows the launch of the BEYOND update on Aug. 14. The game’s most extensive update yet, it added several long asked-for features like full online multiplayer support.

Fans and critics alike have met the update with general praise, with some even saying that it’s the best update the game has seen yet.

The BEYOND update is currently available for download on PlayStation 4, Xbox One and PC. No Man’s Sky is likewise available for purchase on the same platforms.

For more on No Mans Sky BEYOND, check out the update’s launch trailer for a sizzle reel of everything it includes.