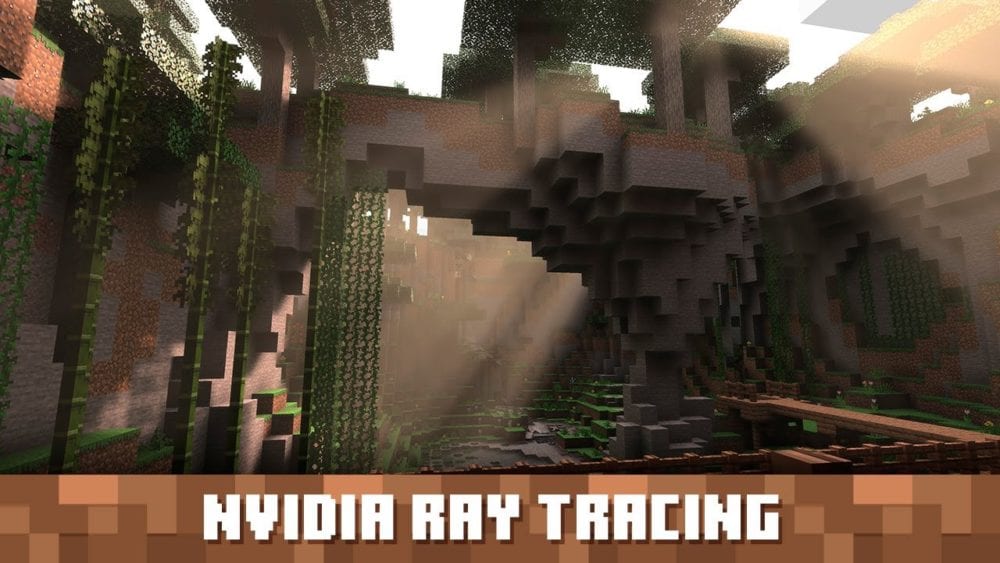 Microsoft and NVIDIA have today announced RTX real-time ray tracing support for Minecraft on Windows 10 within the coming year.

The news comes via an announcement during industry trade show Gamescom in Cologne, Germany, with a plethora of additional announcements due to follow over the coming week.

Minecraft’s ray tracing support will come as a free update for all PC players when it does become available, but currently there’s no word on an exact release date.

A lot of the visual improvements that RTX ray tracing brings to Minecraft largely, like most other games, focus on lighting improvements and how lighting reacts and interacts with the environment and artifacts within it.

You can check out the different ray tracing support makes in Minecraft in the announcement video below.

“We’re pushing the graphical possibilities of the game by ​partnering with NVIDIA to bring real-time ray tracing to Minecraft on Windows 10 in the coming year. ​

Prepare your eyes! With the capabilities of this tech, you’ll be able to experience your Minecraft worlds with realistic lighting, vibrant colors, realistic water that reflects and refracts naturally, and emissive textures that light up.

What does ‘emissive’ mean? It means you’re about to see Minecraft like you’ve never seen it before!” The video’s description reads.

The announcement of Minecraft’s upcoming ray tracing support comes only weeks after Microsoft announce it was abandoning development of the Super Duper Graphics Pack for the game after it became “too technically demanding.”

Minecraft is currently available on PS4, Xbox One, Nintendo Switch, mobile devices, and PC. However, it’s only the PC that’ll benefit from the ray tracing support, and only those with an NVIDIA RTX graphics card will see the difference.