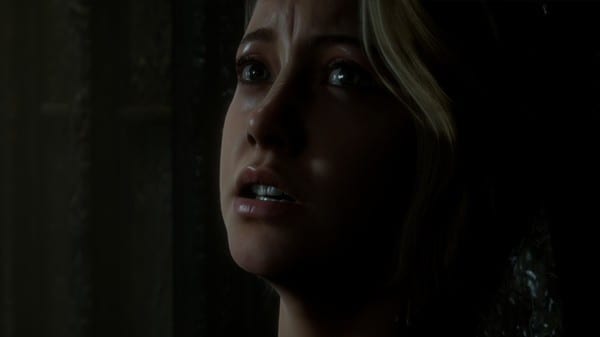 Supermassive’s newest narrative-driven adventure game has tons of choices, dialog options, and different endings that can either keep your characters alive or bring them towards an untimely death. If you’ve been wondering how to get the worst ending and kill everyone in Man of Medan,Man of Medan here’s how to do it.

How to Get the Worst Ending & Kill Everyone

*Since we will be discussing tons of late plot information for Man of Medan, this is a spoiler warning. Turn away now if you don’t want to know what happens.*

Once Julia and Brad come back to the ship after the dive, make sure to leave him in the water without decompressing first.

Alex will warn her about decompression sickness later on when she’s offered a beer, but just ignore the warning and take a drink anyway. Eventually, Julia will get the bends and die.

Once the group is locked up in the bedroom, they begin discussing a plan to steal the pirates’ boat. Conrad will have a dialog choice so make sure to choose the optimistic approach, telling the group that you can definitely steal the boat without them noticing.

They then plan on breaking the window during the thunder to hide the noise, but since we’re trying to get rid of Conrad here, just press the QTE immediately to hit the window and make some noise.

Conrad will then jump off the boat and into the smaller one. Make sure to hit the heart-rate QTE’s correctly and to choose the escape option when it pops up –don’t grab the knife or attempt to attack the pirates.

Once you’re on the small boat, you need to correctly hit the next QTE’s or else Conrad will be caught. Make sure he gets to turn on the engine and actually drives away successfully.

But, when Olsen tries to shoot Conrad, this is the time to miss the QTE! Conrad will get shot and then he will eventually bleed out and die.

Once you get to a scene later on in the story regarding rats and the distributor cap while playing with Alex, you will encounter an ugly, two-headed monster. You will be prompted to stab the monster or to stab Alex himself, but if you do nothing, nobody will die and the hallucination turns out to be Fliss.

To kill Alex, just make sure to stab yourself whenever the option pops up.

During the scene later on with Alex that we mentioned above, all you have to do is stab the two-headed “monster” that appears when you’re playing as Alex after the bloody rat scene.

Just keep attacking the monster and then you find out that it was actually Fliss and Alex was just hallucinating.

Once the group finds the radio and decides to split off to find the generator, make sure that Alex goes down with Julia so that Brad and Fliss stay together.

After a few scenes, Brad will want to go explore by himself to check out the situation and he ends up in a fight with Olson in a separate area.

Alex will show up to help out by attempting to shut a door down to help Brad escape and you will be given the option to run for the door or to hold off for a second. Make sure to hold off for a minute and continue to fight with Olson to grab the cap. When Olsen is on top of you right underneath the gate, just don’t do anything and Alex will drop the gate on top of Brad, killing him and breaking the distributor cap.

And that is pretty much everything you need to know about how to get the worst ending and kill everyone in Man of Medan. For more tips and tricks, make sure to consult our expansive wiki guide.

Also, here a few relevant guides to get you started:

Comments
Continue Reading
Related Topics:how to get the worst ending, how to kill everyone, Man of Medan