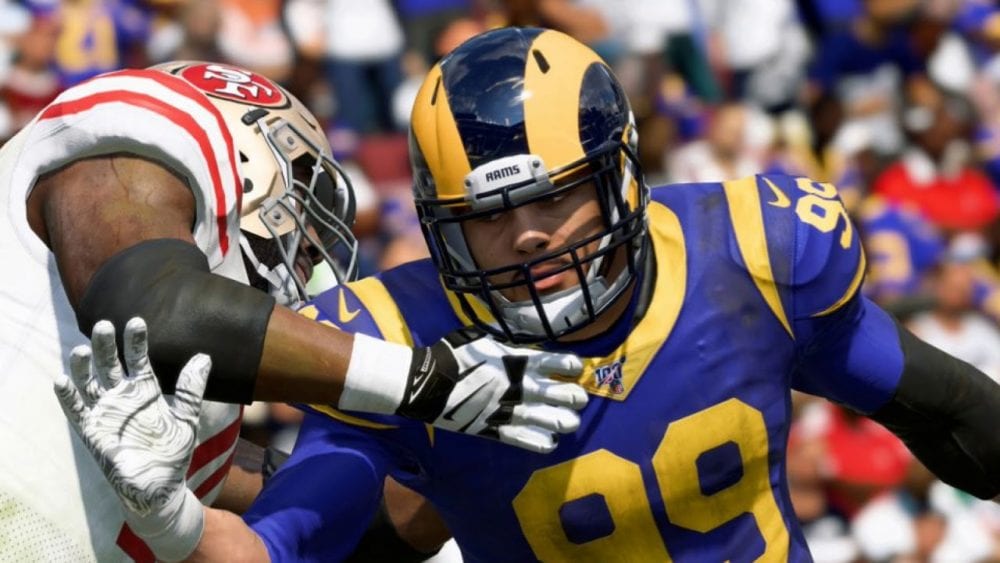 Although Madden 20 defaults to using the playbook associated with the team you’re playing as, you can switch to a team’s playbook that you prefer in any game mode. Here are our picks for the best offensive & defensive playbooks in Madden 20.

Before we get into anything, it’s worth noting something that may be a bit obvious but still needs to be said. The best playbook is going to always be whatever one you’re most comfortable with.

Just because you switch to a playbook that might be “better” in some people’s eyes, unless you know it well, you’re not going to be better off.

Of course you can practice with it, get comfortable, and then maybe if it works out, surpass your previous skill level, but that’s hardly a guarantee even if you practice. Ultimately, unless you’re playing at the highest levels, player skill will always trump what playbook you pick in Madden 20.

That said, you’re here for some recommendations, so let’s give you some.

On offense, the big thing you want to keep in mind is your QB’s mobility. If you’re using a highly mobile QB such as Cam Newton, Lamar Jackson, Aaron Rodgers, or someone of that ilk, you’re going to want to use a playbook that encourages that style of play.

Taking advantage of the new RPO plays is something you might find attractive and the Panthers have a nice mix of them which isn’t surprising considering who is at the helm there.

If you’re going for a more traditional passing offense, you could opt for the Patriots which are built around Tom Brady sitting in the pocket and throwing the ball all around the field.

Finally if you want a more balanced attack that features both running and passing plays, our two picks for that would be the Giants, which are going to rely heavily on the run with Saquan Barkley but are also built around a statue of a QB in Eli Manning, and the Saints which are the most effective balanced attack in the league.

The best defensive playbook in Madden 20 is always going to be dependent on what players you have and what you prefer. Whether or not you have players suited for a 3-4 or 4-3 scheme, and your personal preference on which of those two defensive schemes you want to run.

One can go very in-depth about which is better, but this isn’t a pro-Football strategy blog so we’ll keep it simple. If you have athletic, highly-skilled linebackers, opt for the 3-4. If your strength is in your defensive line, then stick with the 4-3.

As far as which teams have the defensive playbooks for each scheme, well we’d recommend the Jaguars if you like the 4-3. They have an extremely talented defensive line that can pressure the QB and stop the run, and they have some of best defensive backs in the league and can cover passes extremely well. If that sounds like your team, they have a playbook built for it.

For the 3-4, the Ravens have built an enduring competitive dynasty off of their strong linebacker play with hall of famer after hall of famer joining their LB ranks, and they’ve been a staple choice year after year in Madden for the playbook’s versatility.

There are so many different formations in the Ravens defensive playbook such as quarter packages (designed to stop long passes), aggressive blitz plays, and traditional base 3-4 plays that leverage linebackers to stop the run.

Picking the right playbook can get quite complex. If you’re serious about high-level play in Madden 20, what you really need to do is take your team into practice, learn about the various formations that you can use on both offense and defense, and get a feel for what works best with your personnel.

It’s clearer in modes like Franchise, but with a mixed-up squad in Ultimate Team, it can be a bit confusing.

You’ll need to know what all the possible formations are to truly leverage the best playbooks in Madden 20. Your first stop should be this Wikipedia article which will give you the gist of what they all are.

If that’s too much for you, and you’re just playing for fun, then don’t overthink it. Pick the one that you know the best.

That’s all for the best offensive and defensive playbooks in Madden 20. Best of luck out there on the gridiron.