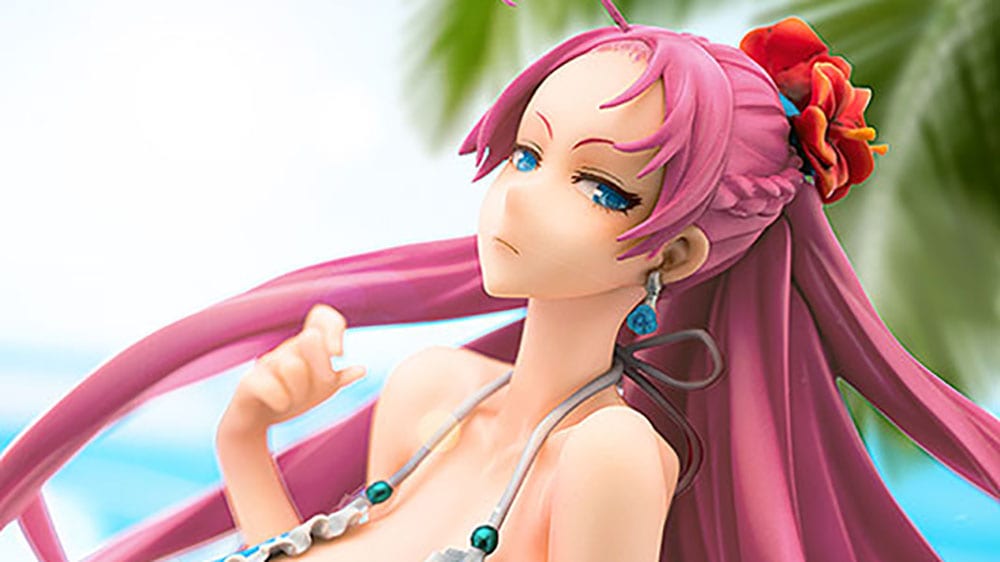 Many years have passed since the beautiful and haughty Juliana Everhart made her first appearance in Valkyria Chronicles 2, but now she’s coming back with a vengeance.

The illustration that inspired the figure was created by Character Designer Raita Honjou for the mobile and browser game Valkyria Chronicles DUEL, which actually ended its service in 2015. Yet, the art was so good that it’s still getting figures.

The scale is 1/7 for approximately 250 mm of PVC and ABS. She is sculpted by Yadokari and painted by Wakimeka no Matsu.

If you’re unfamiliar with Valkyria Chronicles 2, it’s likely the most polarizing entry in the series. Not only it moved the franchise to PSP (a trend which continued with the third game, that was never localized probably due to the platform, which is a massive pity), but it also changed the tone from the first game rather radically due to its school setting.

You can check out the figure below, alongside the original illustration by Raita Honjou.