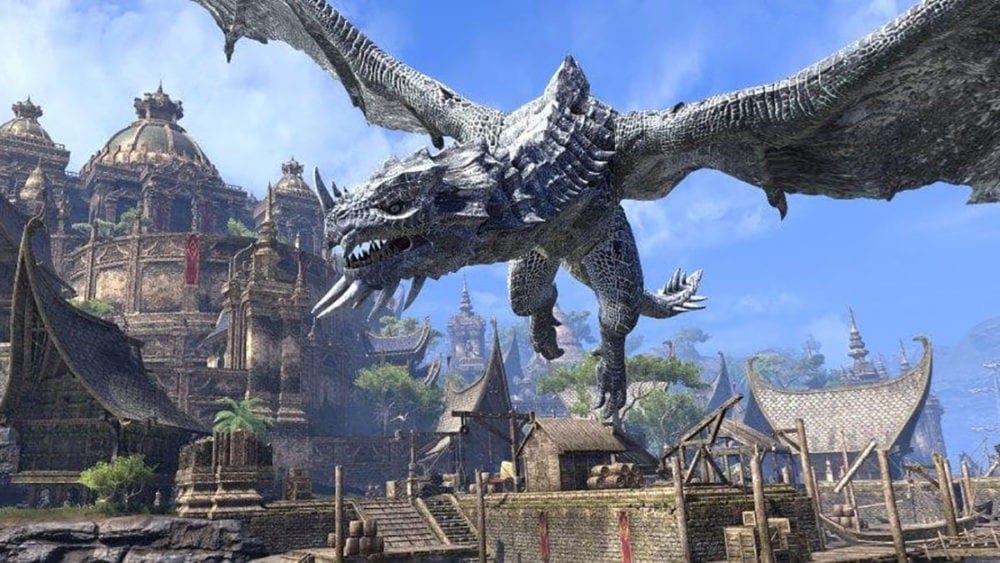 During a panel from QuakeCon 2019, ZeniMax Online Studios offered more insight about the future of its MMORPG The Elder Scrolls Online.

We get to see two videos about the upcoming two dungeon DLC packs: Scalebreaker is currently on the PTS and will launch on August 12 for PC and Mac and on August 27 for PS4 and Xbox One.

Incidentally, it features a prologue quest with the return of Sai Sahan, even if the manner of such return is still unknown.


Speaking further down the line, we get to take a look at the next DLC with Dragongold that will tie up the Season of the Dragon.

Incidentally, the footage shows the city of Senchal in southern Elsweyr. More information will come after the release if Scalebreaker.

The new Looking for Group feature is being worked on after extensive testing, and it should come online with update 24 alongside Dragongold. Another big performance update coming at the same time is memory management, and precisely how the game allocates memory.

This should bring “major improvements” in stability with less crashing, even more so on base PS4 and Xbox One. It will also bring performance improvements even thanks to changes to how abilities work with the client and server.

Q1 next year will see an overhaul to patching. Old assets that aren’t used anymore will be removed freeing space on the players’ hard drives (again especially on consoles), and patches will be smaller.

One small caveat is that when this goes live, everyone will need to completely redownload the game once, but patching and loading times in the game will be greatly improved due to optimized assets. A lot of the “black silhouettes” will go away.

You can see a timeline for the performance improvements below. Overall, they will impact framerate, server performance, disconnections and crashes, load times, and more.

The Elder Scrolls Online is currently available for PC, Mac, PS4, and Xbox One.