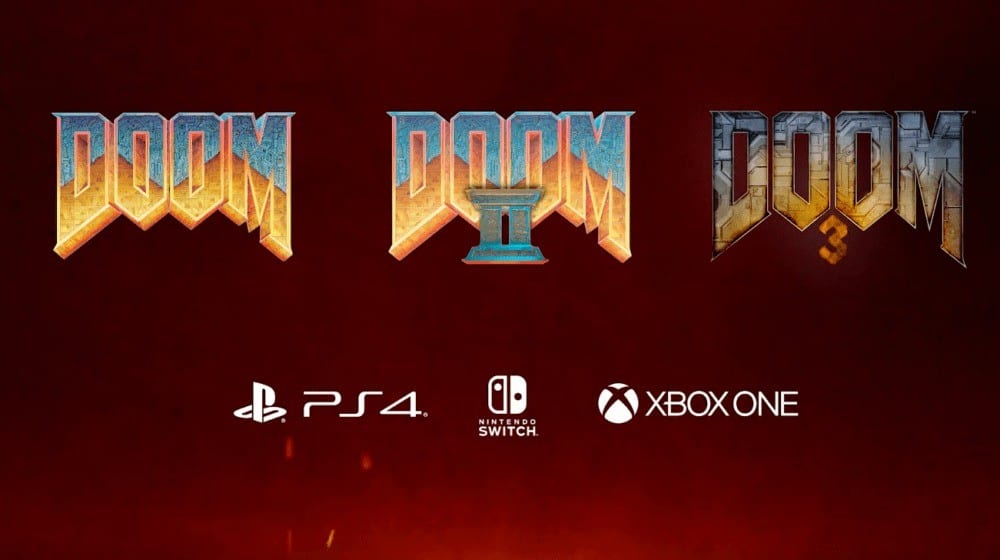 The first three games in the Doom franchise have received a modern console re-release, and they’re available on more platforms than fans might have expected.

During QuakeCon 2019, it was revealed Doom, Doom II and Doom 3 were all being re-released on modern platforms through most digital retailers.

Each includes their standard single player campaigns as well as all of their co-op and multiplayer versus modes.

The announcement also came with a reveal trailer showing footage from each game’s re-release.  As fans would expect, it’s chock-full of demons, violence and guns big enough to launch room-clearing volleys of bullets, lasers and explosions.

Those interested can view the trailer in its entirety down below.

First starting in 1993 with the release of its first game, Doom is a legacy franchise and a pillar in the first person shooter genre.

Each shares the common theme of a space marine facing down a demon invasion on Mars, using whatever weaponry they can find to turn them to red smears on the ground and stem their spread throughout the universe.

However, the series also runs the gamut in terms of its themes and focuses.

The series’ upcoming installment, Doom Eternal, certainly looks to be slanted toward action again. For proof, look no further than its latest trailers.