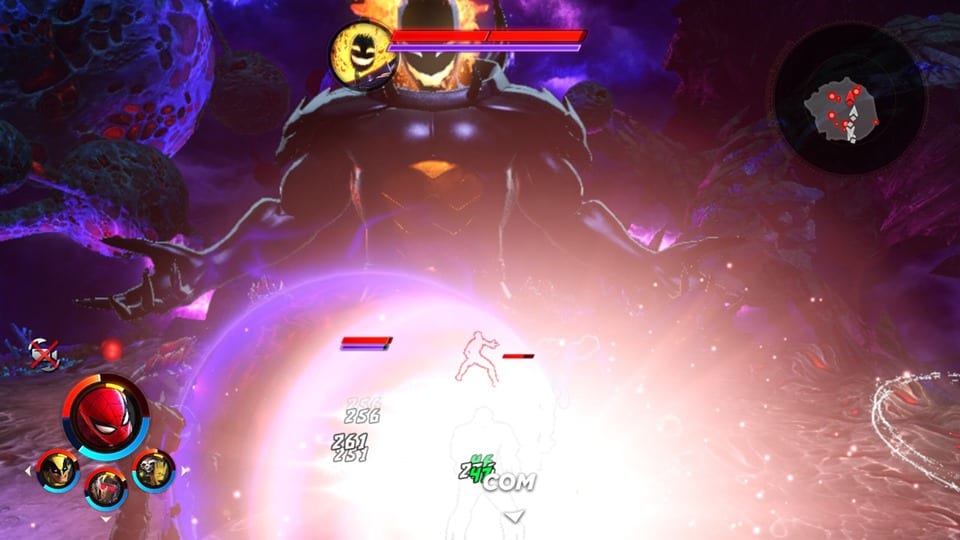 Marvel Ultimate Alliance 3 is filled with villains that serve as the game’s climactic boss battles, and while some are straightforward, others can be trickier. In Chapter 6 you’ll take a trip through the Dark Dimension, and before you even reach the final boss, Dormammu, you’ll have to solve some puzzles and take down a ton of enemies. Here’s how to open Dormammu’s barrier in Marvel Ultimate Alliance 3.

How to Open Dormammu’s Barrier in Marvel Ultimate Alliance 3

After you recruit Dr. Strange, you’ll start making your way towards Dormammu, in order to try and escape the Dark Dimension. At this point, make sure you have one of your strongest teams assembled, and it’s a good idea to have heroes that have abilities/Extremes that hit a wide area, as you’re about to go up against a whole bunch of enemies.

Dormammu will stop you right before you reach him with a magical barrier, and a ton of the rock enemies to attack you. Essentially, you’ll need to break the barrier by throwing the ISO stones that drop from the rock enemies.

First off, kill a few of the rock enemies, specifically the stronger ones that have purple stagger bars. Once a few of the ISO rocks have dropped, pick one up. Don’t throw it at the barrier right away, however, as that won’t do anything at all.

What you need to do is absorb the laser beams that the rock enemies shoot at you. It’s important to note that the barrier around you from carrying the ISO will only absorb ethereal attacks, and if an enemy hits you with a melee attack it will knock you down and make your ISO explode.

As you absorb attacks, the barrier will turn purple, then as you absorb more it’ll grow giant. As soon as your barrier turns giant throw the rock at Dormammu’s barrier to make it explode and damage it. You’ll need to do this repeatedly until the barrier is totally gone.

Do note that you can throw the ISO rocks when your barrier turns purple, before it’s large, but it’ll do less damage. Make sure to keep this strategy in mind as you’ll have to do it once again once you actually fight Dormammu.