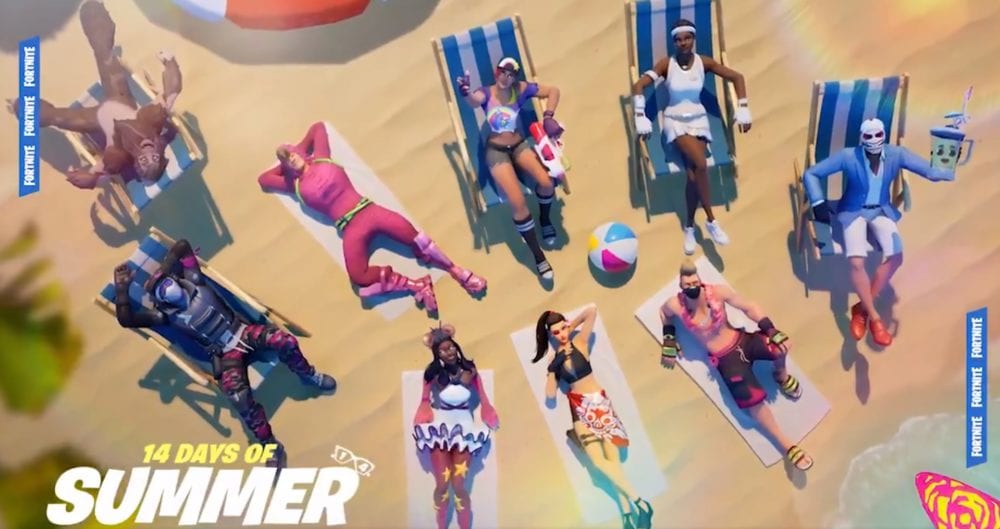 Fortnite’s 14 Days of Summer event is well and truly underway, and for Thursday’s challenge, players will need to “Launch Fireworks Along the River Bank.” You’ll need to set off three different fireworks in order to complete this challenge, but we’ve got all of the Fortnite firework locations so you can pick and choose which ones you want to go for.

As the title of the challenge suggests, all of these can be found alongside the river that runs from the north right down to the south and straight through the middle of the map. They aren’t that easy to spot with them being so small, however, so chances are you could miss one if you don’t know what you’re looking out for.

Fortnite Fireworks Along the River Bank (14 Days of Summer Challenge)

The map above shows you all of the fireworks along the river bank that you can use to complete this 14 Days of Summer challenge. However, if you’re struggling to track them down, we’ve also provided more detailed screenshots down below which correspond to the numbers on the map.

The first one can be found just north of Lazy Lagoon itself on the beach just a bit further up from the pirate ship as shown in the screenshot above.

The next of the Fortnite firework locations is to the south of Lazy Lagoon up on the grass to the west of the waterfall that leads down into this location.

Where the river meets Loot Lake, you’ll find a yellow camper van. Right next to it is the next of the fireworks along the river bank that you can launch.

Literally directly east of Neo Tilted and down into the valley where the river runs, you’ll find another Fortnite firework. It’s also directly north of the beach party, as shown in the screenshot above.

Just a little bit further of Neo Tilted and the beach party (see the party balloons in the screenshot), you’ll find another of these fireworks for you to set off.

Finally, you’ve got to venture far south into the snowy biome. North of the bridge that leads towards Lucky Landing from Happy Hamlet, you’ll find the final rocket.

It’s in grid reference E8 and is also northwest of Lucky Landing and west of Fatal Fields if you’re struggling to track it down.

Once you’ve launched three of these fireworks along the river bank, you’ll have successfully completed this 14 Days of Summer challenge in Fortnite. If you’re looking for more guides for the summer event, be sure to check out our guides down below.

For all weekly challenges and more, check out our Season 9 guide wiki.