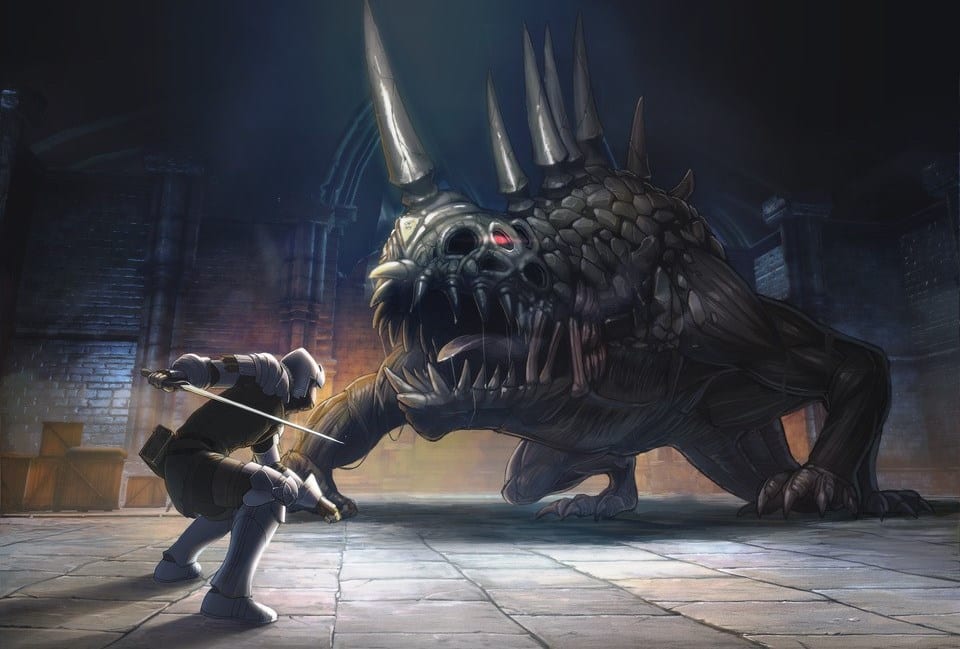 How to Beat Monsters in Fire Emblem Three Houses

Unlike regular enemy units, monsters in Fire Emblem Three Houses have multiple health bars, which means that you need to fully deplete their HP more than once to defeat them properly.

In our playtime with the game so far, we’ve encountered monsters with up to three health bars, though there are probably even tougher ones than that.

Monsters also deal a huge amount of damage, and some of their attacks can hit multiple tiles at once. When you see one on the battlefield, be prepared for a slightly longer and trickier fight.

Attacking a monster head-on can be very dangerous in Fire Emblem Three Houses. Whether you’re attacking it with ranged moves or up close, it can react with a devastating counter-attack that might kill an underpowered unit.

To get around this, you’ll want to make full use of your arsenal, including Combat Arts and whatever Battalions you have equipped.

The trick to beating a monster is to not give it a chance to react, and that’s exactly what Combat Arts and Battalions do. By using one of these on a monster, you’ll attract its attention to whatever direction you attacked from. Its next turn will then be spent on executing an AoE attack in that general direction.

I’ve found that it’s best to use a mounted unit for Combat Arts and Battalions, as you can use the move, then move them out of the danger zone. If you have a Dancer in your party, that can help move your units out of danger as well.

By doing this, you can always predict where the monster is going to attack, and safely move out of the way. Monsters can’t counterattack Combat Arts and Gambits either, so use that to your advantage.