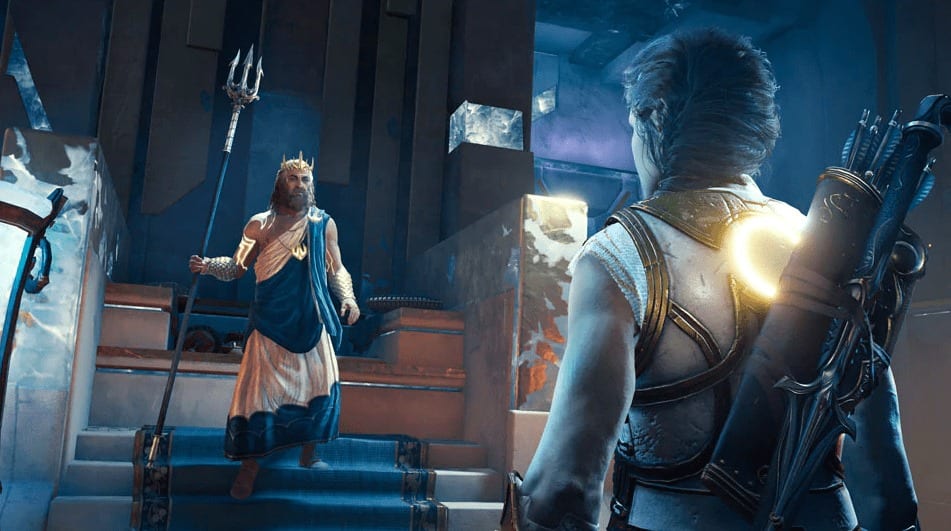 Judgment of Atlantis is part three of the Fate of Atlantis story series and will allow players to learn more about the mysterious Isu race and its culture, and also Atlantis, an experimental city designed to allow Isu and Humans to coexist peacefully.

While it sounds nice on paper, Atlantis is corrupt and the Isu aren’t all so welcoming. Whether you’re playing as Kassandra or Alexios, your character is a human-isu hybrid. As a result, you play an important role in getting to the bottom of everything going wrong in the city and restore a sense of justice. Perhaps more interesting to gameplay focused players, you’ll continue to get access to new human-isu abilities as well.

Other than advancing the Atlantis storyline, there will be new Isu soldier enemies that will have tricky abilities such as teleportation that the player will have to contend with. And, while we’re still on the topic of abilities, there are also Keeper’s Insight tablets which will allow you to essentially supercharge three existing skills to new, more powerful heights.

As you may expect with a content update such as this, there will also be new more powerful weapons and armor to collect geared towards enhancing certain playstyles and preferences.

You can check out the trailer below to see the above additions in action. Judgment of Atlantis will release on July 15 in Assassin’s Creed Odyssey for all season pass owners and those that purchased the Fate of Atlantis story arc. Just make sure that you’re at least level 28 and have completed the first two parts within Fate of Atlantis to start part three.