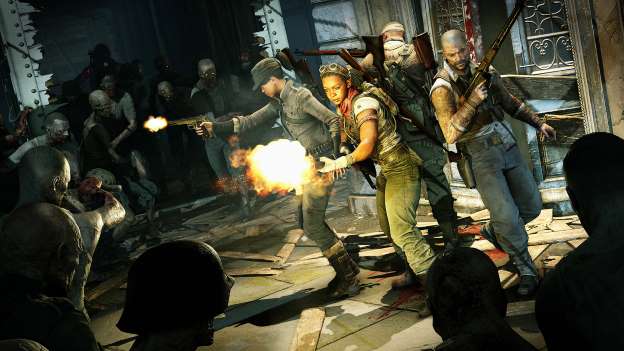 What if World War 2 also had zombies in it? Well, developers Rebellion have realized this fantasy. The trailer, which can be seen below focuses on a team of soldiers fighting their way through hordes of zombies.

The game features the Italian country-side filled with electric fences, miniguns, sniper rifles, and flamethrowers in this CGI trailer.

This campaign will feature four-player drop-in drop-out co-op, which will allow all content to be soloed or completed with friends.

Zombie Army Dead War 4 has it’s full gameplay reveal on June 11 and will release in 2020 on PS4, Xbox One, and the Epic Games Store.

For more coverage of the PC Gaming Show and the rest of E3 be sure to check out Twinfinite.

You can watch the entirety of the E3 2019 PC Gaming Show to see all of the reveals that happened today.