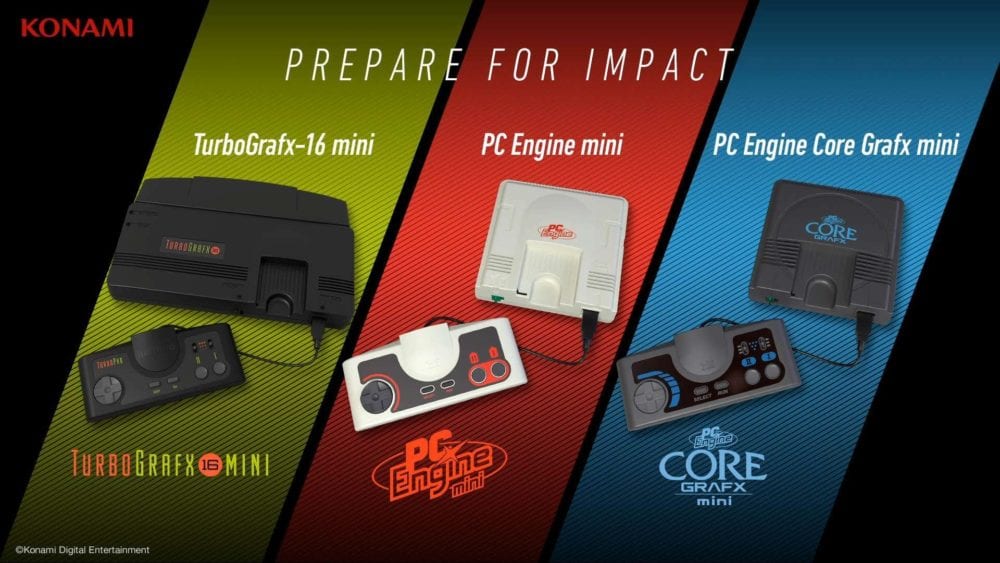 A quick save and load feature will be included in the mini consoles, and we also get the announcement of the first six games that will be included in the TurboGrafx-16 Mini package, R-Type, New Adventure Island, Ninja Spirit, Ys Book I & II, Dungeon Explorer, and Alien Crush. The PC Engine CoreGrafx Mini will also get the same games, while the Japanese package will be different.

More news and information on more games have been promised to come down the line.

You can check out the trailer showcased during the stream below.

An official website is already available for all three mini-consoles.

The Japanese version of the console will get Super Star Soldier, The Kung Fu, PC Genjin, Castlevania: Rondo of Blood, Ys Book I & II, and Dungeon Explorer.