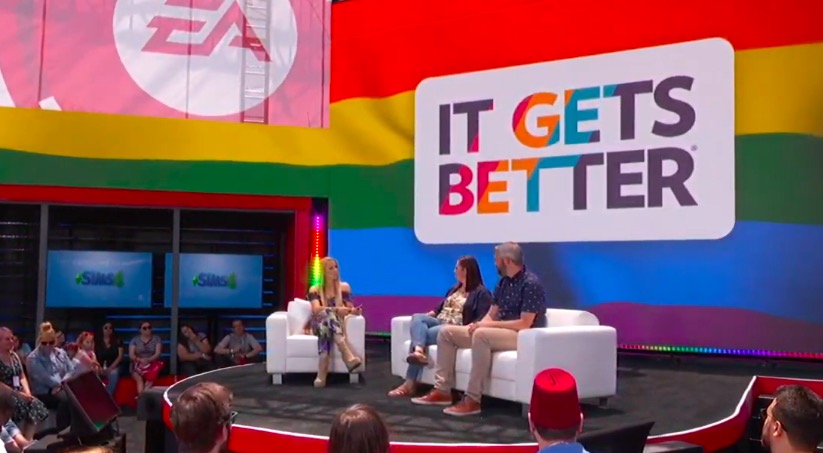 During EA Play today, the company announced that the Sims will be partnering with the It Gets Better project to support the LGBT+ community and bring some bright items into the game.

There will be a variety of pride and It Gets Better clothing items in Sims FreePlay, the Sims mobile app, and the Sims 4. There’s even a gender-neutral bathroom in the Sims 4 along with a bunch of other items to show your support during Pride Month.

Starting June 18, the pride content will be coming to the Sims 4, and then it will start rolling out to Sims Mobile and Sims FreePlay a little bit later.

The company also announced a new expansion called Island Living, which you can read more about right here.

This wasn’t the only thing shown during EA Play, as new trailers for Apex Legends, Madden NFL 20, FIFA 20, and Battlefield V. For more info on all of these titles, just check Twinfinite.

The Sims 4 is now available on PC, PS4, and Xbox One. We have lots of awesome mod lists for you to check out if you’re looking to add some content to your game; here are a few for you to get started: