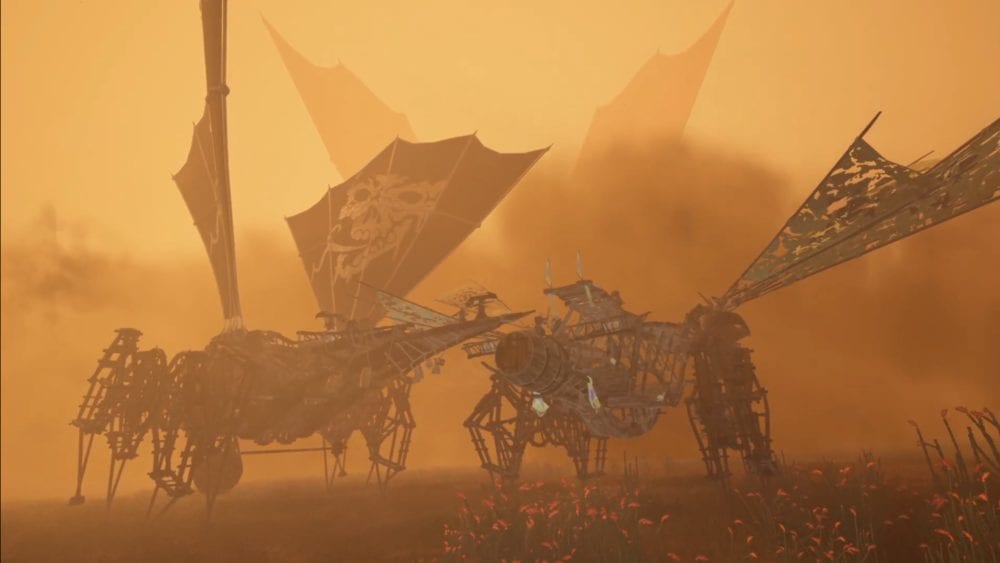 Coming from an upstart Polish studio, Last Oasis pits players in massive wooden mechanical structures called “walkers” that are made to look like insects. According to developer Donkey Crew “Walkers can be adapted for travel, transportation, harvesting, combat, or used as mobile bases. A multitude of structures, attachments and upgrades allow players to personalize Walkers to their needs.”

These Walkers are just a tool in your arsenal, however. The ultimate goal is to survive, which requires you to hop out of the Walker at times and explore the environment for resources. From there, you can trade said resources with other players, making for an entire ecosystem.

Combat is a major part of Last Oasis, whether it be on foot or in a Walker. As Donkey Crew describes it, “Pick your weapon from a range of one-handed or two-handed swords, maces, axes or quarterstaves. If you prefer to hammer your opponents from a distance, you can choose to fight with a wide range of onboard weapons like ballistas, scattershot guns, repeaters, or catapults. Specialize in one or become a more versatile fighter by trying to master them all.”

All in all, we’re excited to see where Last Oasis goes, and the new Steam September 3rd release date only gives us more anticipation to try it out.

Stay tuned to Twinfinite for more on the E3 PC Gaming Show.