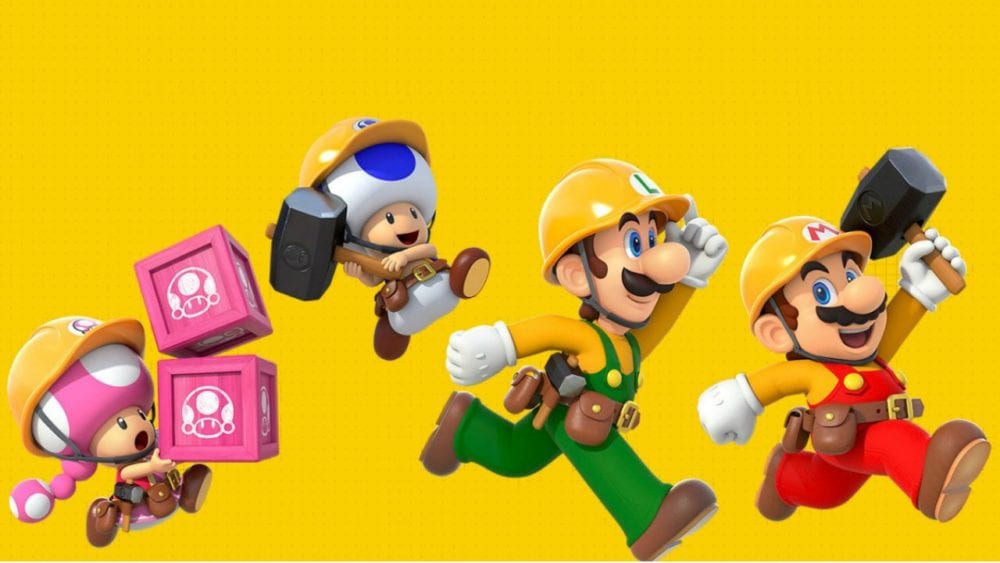 Super Mario Maker 2 brings all that glorious Mario creation to Nintendo Switch after fans have been begging for it since the system launched. Of course, there’s a host of new features and abilities to use, including a fully fledged story mode that has you rebuilding Peach’s Castle. There’s one thing you’ll probably be wondering most, though, and that’s how to unlock all secret power-ups in Super Mario Maker 2.

To unlock the Superball Flower you’ll need to complete the Spiny Shell Smashers job. You’ll be able to play this job by talking to Toad in front of Peach’s Castle, but it won’t be unlocked until you’re near the end of the story mode. Once you’ve beaten the job you’ll be notified that you unlocked the Superball Flower and can now play around with it in creation mode.

To unlock the Super Hammer, on the other hand, you’ll simply need to finish re-building Princess Peach’s Castle. This means taking on plenty of jobs, getting a bunch of coins, and basically finishing the story mode. Once you’ve done that, you’ll be able to add the Super Hammer when creating stages.

What Both Power-Ups Do

Now that you know how to unlock these secret power-ups in Super Mario Maker 2, you might be wondering what each one does.

The Superball Flower gives you a Fire Flower like ability, but the projectile can bounce off the ground and walls. It also turns Mario’s sprite grey and gives you some nostalgic Game Boy sound effects.

The Super Hammer, on the other hand, will transform Mario into his iconic builder outfit. With this power-up you can swing a block-breaking hammer (that also hits enemies), and you can also drop crates to stand on.

Both are pretty nifty power-ups if you ask us.

That covers everything you need to know about how to unlock all secret power-ups in Super Mario Maker 2. For even more tips and guides make sure to search Twinfinite, or you can check out a few other helpful guides below.

Animal Crossing Player Shapes Their Island Into Hyrule From Zelda: A Link to the Past